Martin Skakala: Creating mobile applications for a B2C customer is a massacre 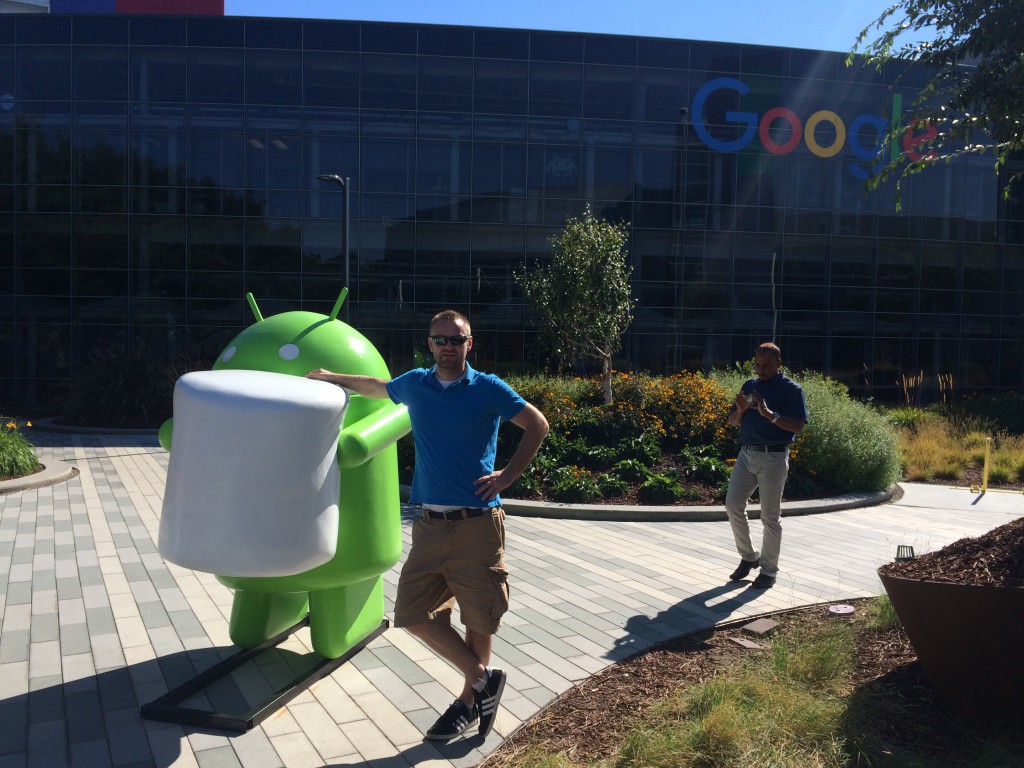 After almost four years in a premium design and manufacturing company Martin Skakala decided to go his own way. He has put all the effort into an idea, which transformed into a startup called WakesApp  – a to-do, reminder and messenger app for your private events and tasks. However, WakesApp´s further development ended by January 2016. Why? What are the lessons the team learned? Where is Martin heading now? Let´s see.

What´s your background, your story?

Since 2010 I was a part of a newly founded Slovak startup called 30/70 Productions. We designed, manufactured and installed premium-shopping experience for brands like Samsung, Sony, or Electrolux in Europe, when they wanted to differ from other brands in the shops. As for example Apple products, which are always displayed on special Apple tables and walls. We got 10 designers, 20 people managing suppliers and 14 account and project managers. Upon my departure the company’s revenue was 14 million.

What´s the story behind your own startup WakesApp?

At the beginning of 2014 I was looking at project management tools that were already available on the market, but all seemed like they were created before 2010. As I led 14 project managers before, I wanted to create something similar that would fill all our needs, but would be mobile first, with great UI as well. I realized there is a big competition in that sector and your success depends on how much marketing money you have available besides great product.

So we realized that a similar app could be useful also for a normal private life where people send out reminders while one uses his calendar, another uses his email or Outlook. As it usually goes, the idea came from our current need. It first came to my mind when I was telling my brother not forget to call our mom on her birthday. I did not receive any response from him so I didn´t know if he really called her or not. That was really the first use case, a to-do lost in flow of other messages.

How was the first product created?

Some day in June or July 2014, we decided to do something with the reminders. My brother helped me, I called up Michal from 30/70; met Patrícia in the Spot and also met great developers from Touch4IT, one of the best teams out there – Michal, Richard and Matej’s team. We spent a lot of time thinking about how it should look like and what functionalities do we want to give it. First version was ready in February 2015, so approximately half a year later from the initial idea.

The user experience was faulty, which was my fault. It was really hard to navigate in there. So we started with another version and that one was ready in June. People really liked the idea, as something they are occasionally missing in all the flow of emails, text messages, calls or messenger flows.

That was a feedback from the market or the investors?

That was a market feedback. We released it here in Slovakia, so we didn´t have to buy downloads. However we did few tests in Europe & US. After that, in June, we tried Product Hunt, where you can have thousands visits each day, if the product is good enough maybe even ten thousands. We got a lot of feedback and made the app better as we were working really hard the whole summer to make the app simpler and easier to use. That was actually our last version and we released it in October. 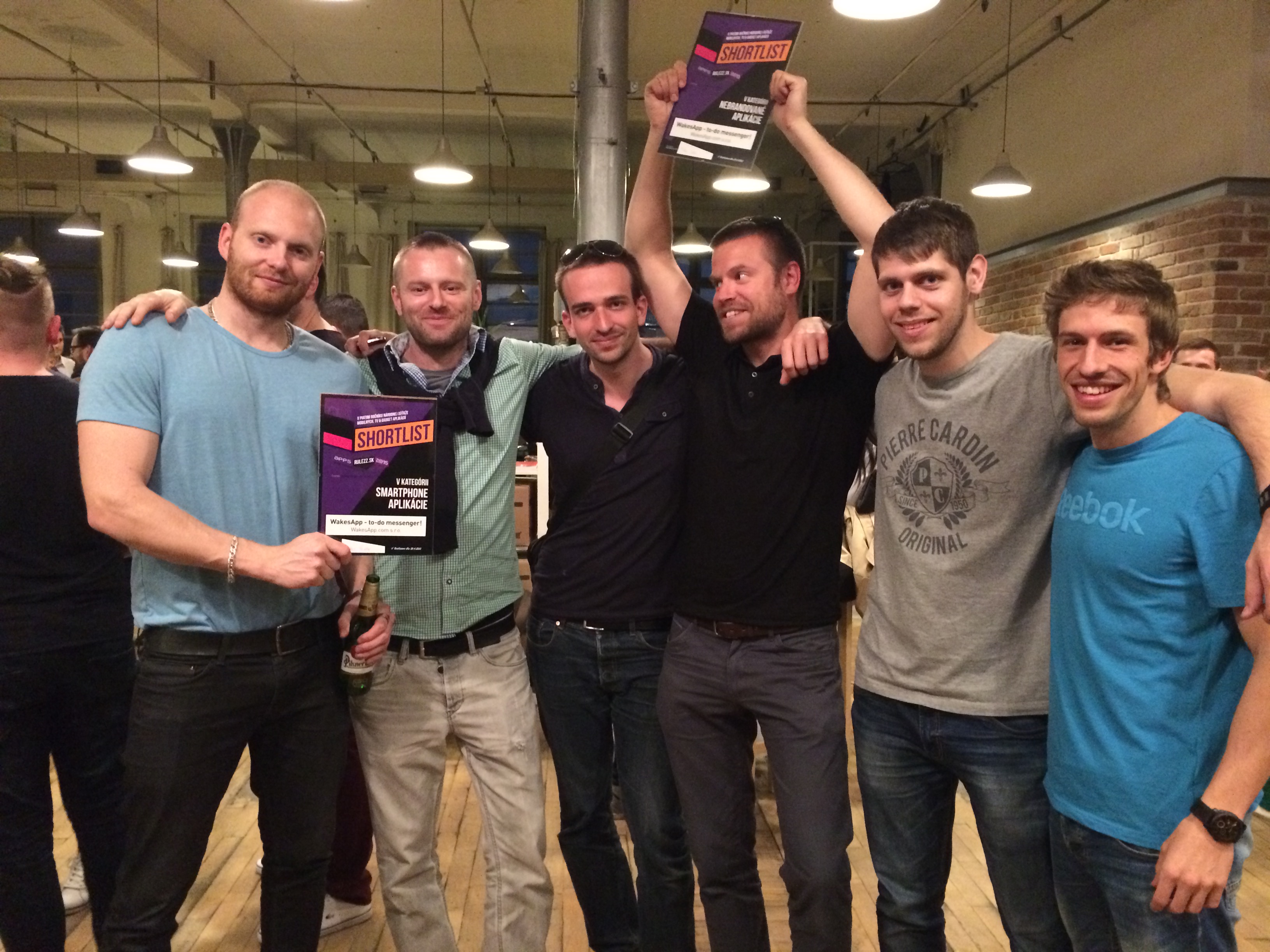 Did you spot any issue or problem after the product was released?

We realized that people were downloading the app, however we started to have a problem with engagement after certain time. We made a mistake when we decided to do a standalone app instead of a feature in another app platform. For example, we could have made it as functionality in Slack or WhatsApp. Slack was just a newbie in 2013, and WhatsApp API’s did not allowed that. The messengers are done for now after Facebook bought WhatsApp and Slack became the fastest growing B2B app ever.

So you stopped after this last version?

Yes, we let it go. The last version was released in autumn, we tested during the Christmas to see what will happen next, and we agreed to make the final decision after the New Years. We discussed it in January 2016 and agreed that we won´t continue as we would have to re-work it from scratch. I had a certain time and budget for the project and didn´t want to push it to any extremes. You always need a stop loss like in trading.

Although it wasn´t successful as a project, it surely was a great experience. What did you learn during these two years?

It was great because we were doing something we had never done in our life before, everything was new. Call it a blow off your comfort zone 🙂 We learnt that a creation of mobile applications for a customer is a complete massacre. I think that I would rather go for a B2B than a customer app. I would say you can more rely on a B2B client, on his feedback as well as the cash validation confirmation from his side. As it usually happens, we had fallen in love with our product and wanted to protect it from the outside world.

Do you consider it as something negative to fall in love with your product?

Yes, indeed it´s a negative thing. You are missing the data points.

Your application was for free if I understand it correctly.

Correct, we thought it would be a good idea to have the app for free and then to have a paid desktop for businesses. 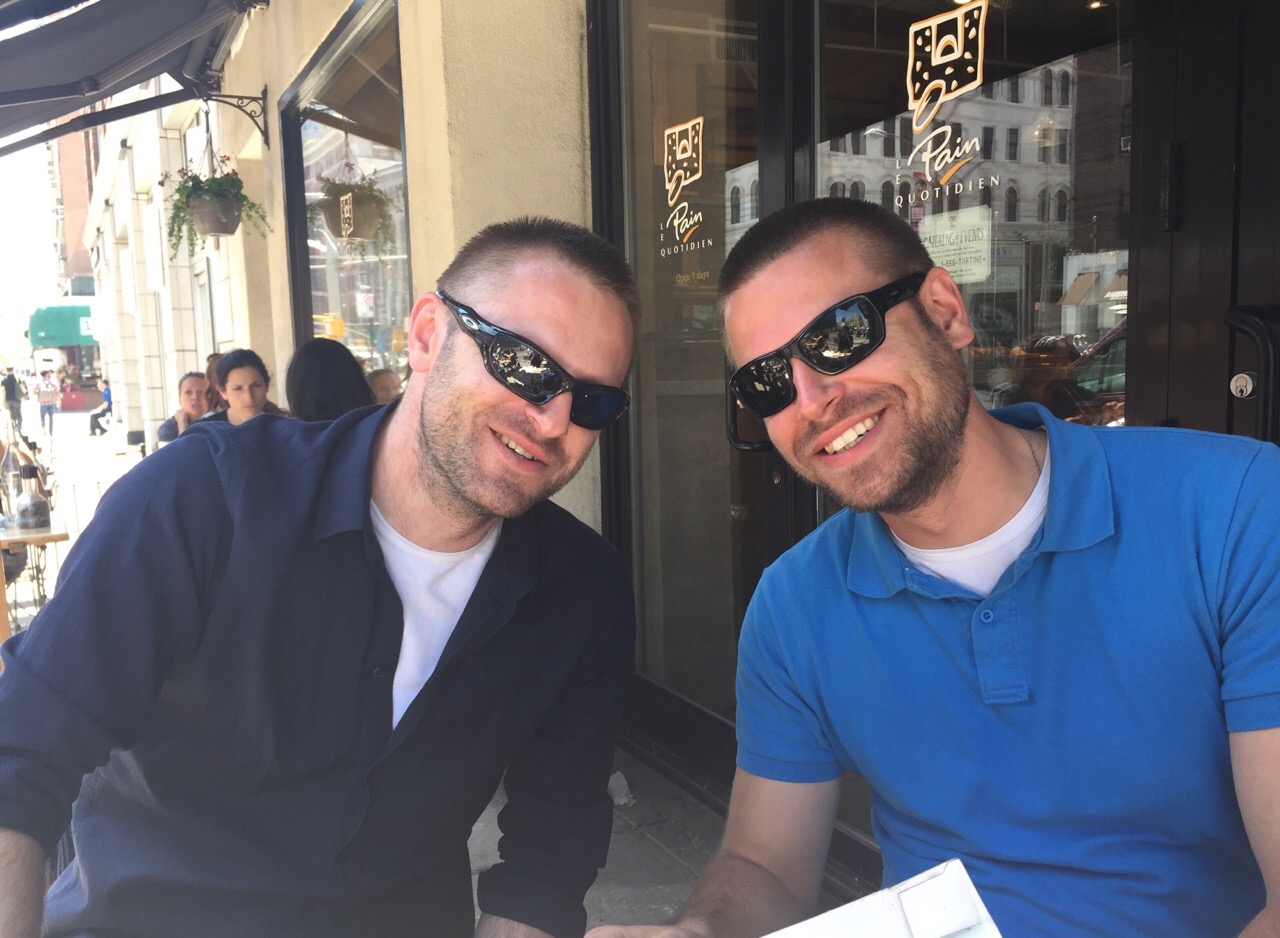 Did you have any investors?

Only family and friends. However, we realized an interesting thing – there´s a lot of money flowing around. If you have a good team and a good project you will find money. Initially I thought money could be a problem here in Slovakia, but there´s money. It´s just a bit different with mobile applications because the business is unsure. And there is a reason for it – just look at the apps you use. However if you have a B2B project and you have your first clients, I am sure you will find money. The question is the fit and price then. But do not forget that the main reason someone invest into the project is liquidity event.

I suppose you speak from your own experience as you had talks with the investors yourself.

Yes, indeed. The investors in general have problems with finding good projects and great teams because there´s more money than fundable projects. I can say that some five years ago the venture capital in Europe wasn´t that far as it´s now. Could be an asset class shift, a long bull market or even as we have more tech entrepreneurial success in Europe. It really can be hundreds of things.

It can easily happen that the investors won´t understand your product completely, but they do understand when you show them you have clients and you need an investment to improve service or to support your team. You don´t receive money for building your project as such, but you can receive it as a support for your growth.

What was the feedback you received from the investors?

As we had a costumer application we therefore needed a large amount of users. You can start discussions with the investors once you have several thousands of users, but here in central Europe they do not invest in such apps. On the other hand in the US they told us we need 100-200 thousands of users to get the first validation.

What numbers did you have at the end?

The biggest number we got to was 1200 users, we had approximately 5000 downloads but we didn´t push them. We knew we need to have the app tuned so the people can talk about it and share it. If you don´t get it to that stage it would be worthless to buy downloads. People download the app and then leave. Usually it´s recommended to use the marketing as the last tool in case your product sucks. You can start buying downloads once you have people who actually use the app and spread the word, but if you buy downloads first, that´s really a waste of money. This can only help in case you need first feedback. 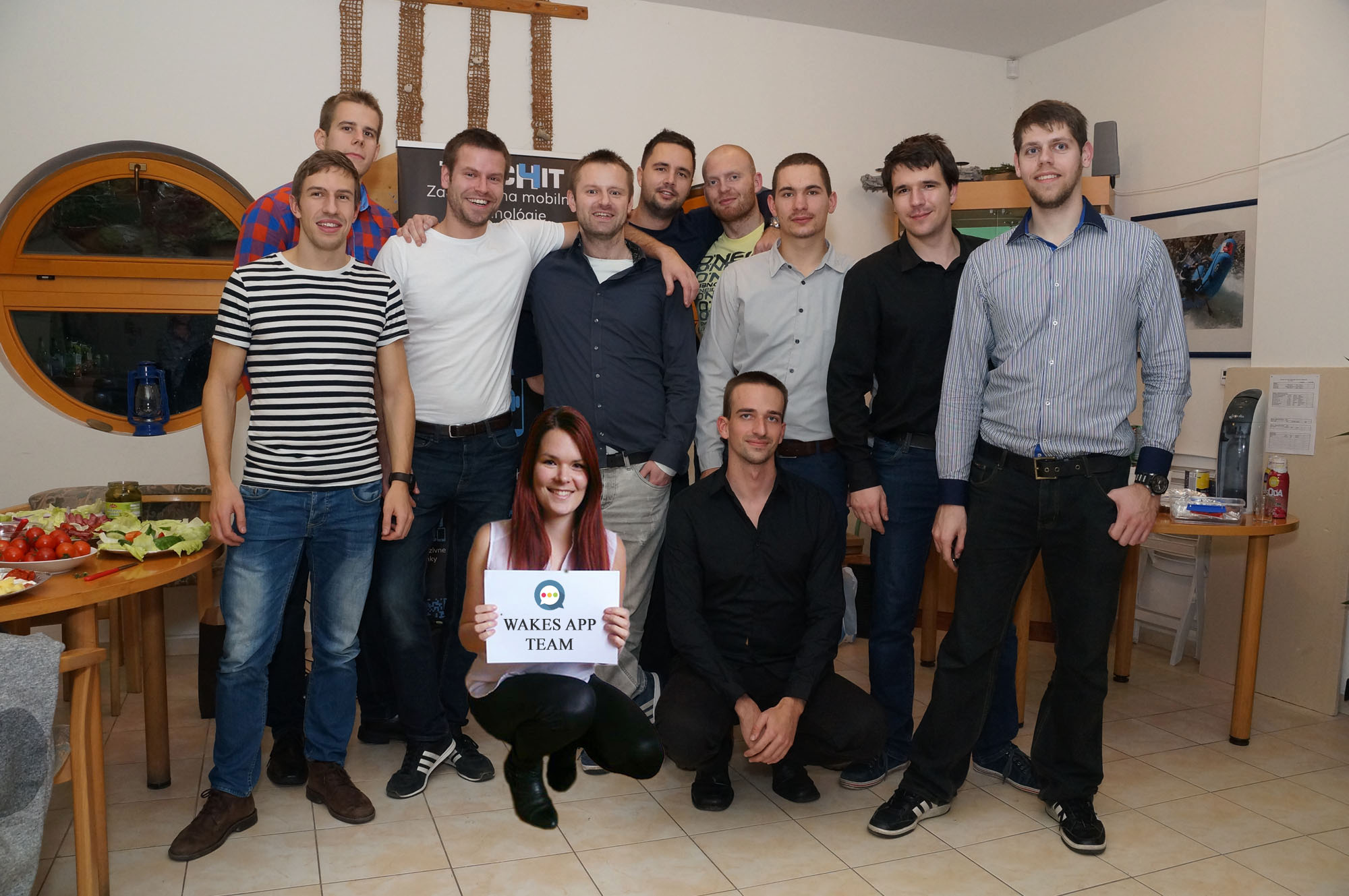 Plans for the future

You said you would rather go for B2B than B2C. Would you do the project again with this experience?

I think that I would but I would have done it a bit differently. It was a mistake to push both iOS and Android, next time I would only use one platform or multiplatform. In Slovakia for example, 80% of the market uses Android, so if I would start in Slovakia, I would go for Android and for the US I would use iOS.

Why did you push both platforms?

WakesApp was a communication application so had to be able to use it with friends who have different platforms.

So the idea to create it again as a part of a separate application is already dead?

We didn´t develop this idea any further. But I would bet there would be something very similar for Slack or when Facebook opens APIs. We just could not grasp our heads around it.

Do you prepare anything else?

Yeah diving into it in three ways, but I am in no hurry. Thinking about technology transfer, taking something that works elsewhere and implement it here in Central Europe; the other opportunity I see is the same thing 30/70 was setup for but in a different way – design and development for Europe & US however that is becoming a crowded trade recently. And I got excited about six months ago and dive into about how the Car as a Platform will change lots of industries from real estate through insurance to travel. Really, the future is exciting! Also thinking about doing more travel for inspiration.

How do you perceive the Slovak startup environment based on your experience?

I have mixed feelings. What I like about Slovakia are the teams. I don´t care about what product they do, what matters to me is the team and the founders. For example Datamolino, Localizationguru.com, Kickresume have great founders. It´s all about people, how they are ready to help and support each other,  if they can sell and deliver.

I like the teams that focus on foreign markets first; it can save a lot of time with walking the Slovak validation sidewalk. Even we focused on US market first and the feedback was really different than the one at home. Different problems require different solutions.

Also maybe Kenneth Ryan from KPMG said it best when we spoke about the hype in startups: “The more people will get inspired and act upon it than ever before”. He was not worried about the bad apples; he is looking forward see more and more great apples. Be one! 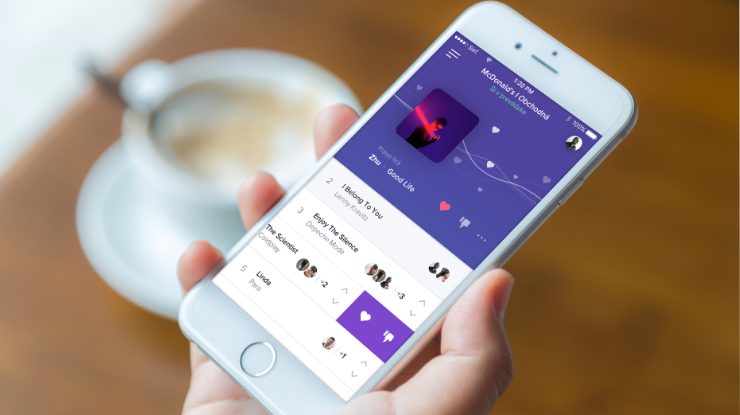 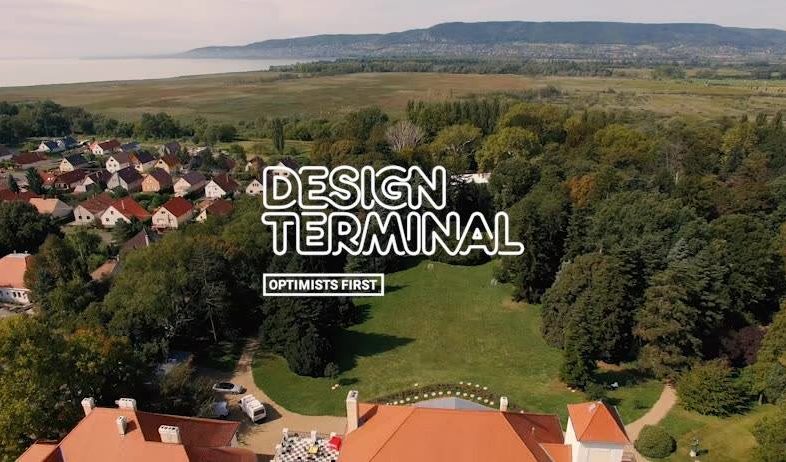 Does Your Business Have a Social Impact?  Apply to Design Terminal! 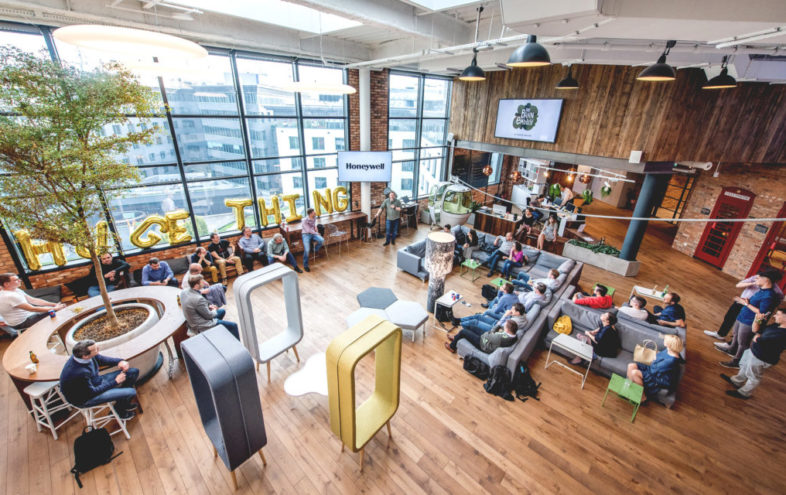 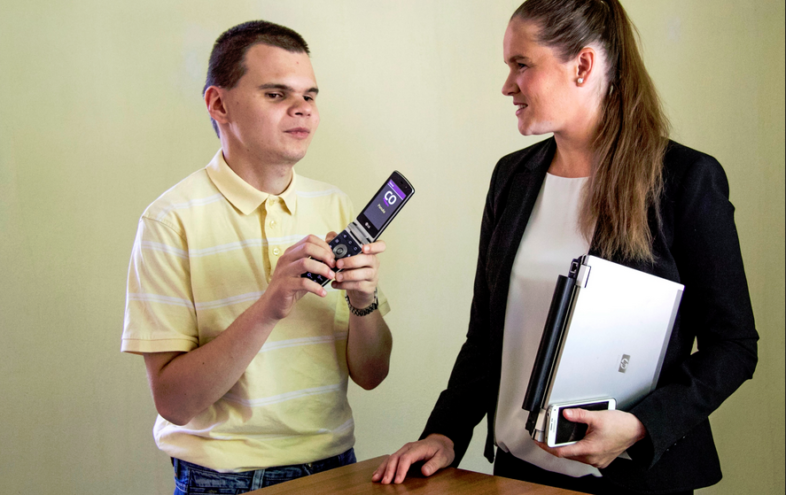 COrvus As The Winner Of Inclusion&Empowerment Category At WSA