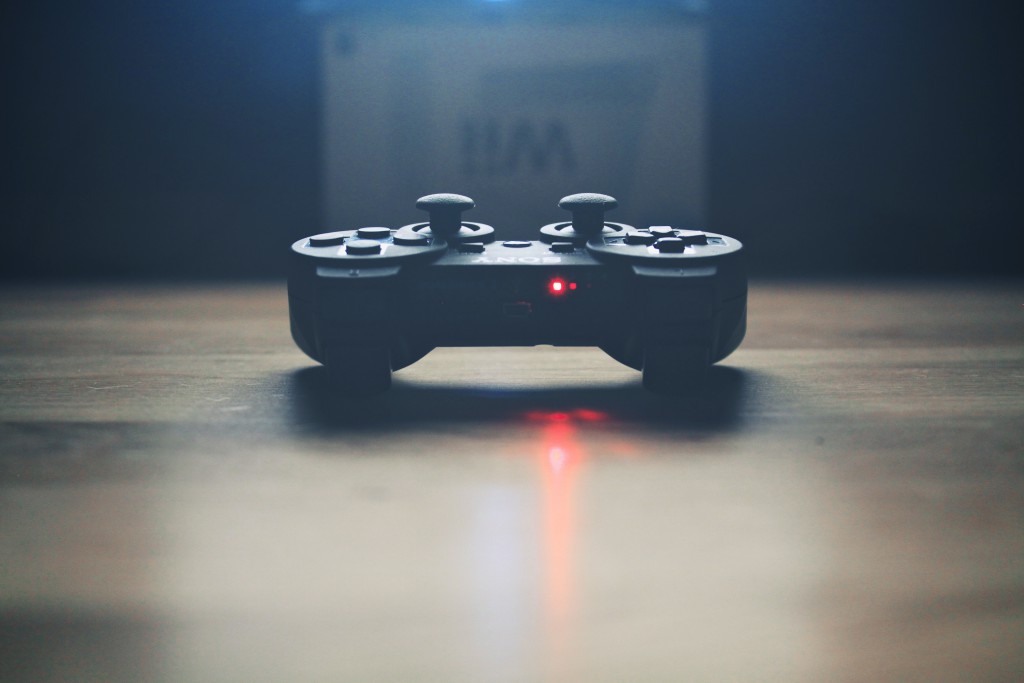 This story is about those who ventured forth and never stopped believing.

As I walk trough an underpass a familiar symbol catches my attention on an ad nearly ten meters wide. A neon coloured backlit photo is promoting main features of a new phone. As a man who travelled the world, conquered kingdoms killing many and saving princesses, the little symbol represents countless adventures. A reminder of those achievements but also a testament how powerful a silhouette of a standard gamepad we know from the introduction of PlayStation in 1995 could be.

It perfectly encapsulates the new media that smelled the success before a total collapse and emerged more powerful as an underdog to spin-off a completely new industry driven by technology and brave pioneers willing to sacrifice everything, invest blood, sweat and tears to entertain many. Today, games industry generates 90 billion dollars and the yearly revenue is rising.

“When you look back, you can clearly see the cycles,” Filip Fischer tells me trying to paint a picture of what we can learn from the good old times. A father of four, Fischer is an entrepreneur through and through. He co-founded Pixel Federation, the biggest development studio in Slovakia, but now he is pursuing a new endeavour; sharing the knowledge by building Game Dev Hubs co-working spaces where aspiring and experienced game developers can kickstart their ideas through mentoring and using the network he has built with other games industry veterans.

“People thought that we were some kind of monsters,” he concludes a well known story many experienced first hand when they were mocked or got a weird look just for playing videogames in the 80’s. “Recently I have talked before 80 kids at an elementary school, not everyone raised his hand when I asked who plays games. Maybe some of them were ashamed to admit it.”

Posted by Up Venture Conference on Wednesday, February 10, 2016

They will never get it

“The issue could be in the word itself,” thinks loudly Šimon Šicko, CEO and co-founder of Pixel Federation in his office that screams nothing like CEO. A large X-Wing attracts my attention after entering, a huge Avengers themed LEGO set is waiting to be opened near his desk. “It is a waste of time to explain to some people what we are doing,” he tells me, comfortably sitting in a bean bag, discussing the common view of the mainstream media. “They will never get it.”

But the times have changed. Playing is natural for kids and they are growing up with games for mobile devices. They are learning by playing even before they can speak. “What I would like to achieve for kids is that they won´t feel shamed by their parents when they want to work in games industry.”

Everyone who has been involved in the games industry has a plan how to shift the mindset of the public; however, all the opinions lead, one way or another, to the government and high places. Fischer sees the games industry as a system that has to be self-sustained, and for that reason the right stimuli have to come from all sides. “You could have hundred studios, but it wouldn’t work, because universities can’t deliver enough people,” he warns about the asynchronicity. “When you bring more money to the system, it creates more opportunities, and more job positions are opened with that and as a result more money is produced.” Simple.

“We are in a vicious circle, but we have to expand it to every possible side, so we can include everyone. It will happen whether you want it or not. You can´t stop it,” he ends a business lecture on a high note.

Slovakian games industry is currently employing approximately 500 people, the number may vary though. Every year new studios pop up, some of them fail, universities offer better education and more programmes are preparing young people to work. A talent pool is huge, but to find an experienced or fill a senior position is harder and harder.

In 2013 alone, more than 30 games from 14 studios were published worldwide. “It must be Spellcross,” Petr Poláček tells me on the phone, when I ask him about the most significant game coming from Slovakia. Poláček, who has also re-launched one of the most respected video game magazine Level in the Czech Republic, points to the first PC game published by a publisher in the west in 1996. He is not alone who used to play and adores Spellcross.

The game was developed by Cauldron, the longest running studio in Slovakia, before it became a part of Bohemia Interactive Slovakia and started working on the stand-alone version of a zombie infested survival game DayZ, which spawned a completely new genre and sold more than 3 million copies worldwide via the Early Access programme through the Steam distribution platform.

Back in the day Cauldron was paving the way for others by facing unimaginable obstacles. The West did not pay attention when somebody from a “war torn” country, which Slovakia was mistakenly considered to be, called for a publishing deal. Spellcross was success through and through on the local market, even today the fans are raving about the strategy, in which forces of evil fight with modern warfare, and are sending love letters to its original creators.

“We were exploring an uncharted territory,” Marián Ferko, one of the founders of Cauldron, told me in a quite room usually used to take Skype calls by studio members. “There was no information on how to develop games, there was no Internet how we know it today. It was impossible to get information and we had to experience everything by trial and error.”

The early days of game development in Slovakia are closely tied to 8-bit computers and clubs run by national youth organisations, where enthusiasts would meet each other with the sole purpose to exchange pirated copies or to distribute games they had programmed.

There were no copyrights, no laws, copying was just as normal as to buy pirated copies in shops. The market wasn’t there and former Czechoslovakia, as one of the satellite countries of Soviet Russia, was under embargo on imported goods. Getting new hardware was nearly impossible. The prices were too steep and only a lucky few got hands on micro computers. The most famous Didaktik Gama and then more successful follow-up Didaktik M, both knock offs of a legendary ZX Spectrum produced by the Slovakian company with the same name, was a breeding ground for a genre that spawned hundreds of titles.

Many believe that Cauldron was the first proper game development studio, but in 8-bit era just as today everyone could be a developer. More than a hundred text-based adventure games were created due to the simple fact of fast product cycle. One could do it in 14 days, since the game itself hasn’t contained graphic or sound assets. Even in early 90’s text-based adventures were produced, meanwhile in the west the first PlayStation was introduced onto the market.

“People stayed at work for pure love to the medium,” Ferko remembers and adds quickly that many of his colleagues would stay late, sleep under the desk or on the unhinged door and in the morning they would continue to work. “Nobody was under pressure.”

As a five-year old, Ferko went to an army show. He wasn’t interested in armoured vehicles or tanks. It was a warm sunny day, but he was attracted to a single tent. There was a single computer inside; PMD-85, a computer originally built from junk parts by a talented engineer called Roman Kišš.

Army didn´t show how to guide missiles or regulate dams, people would stand in a single line to experience Wurmi (known as Snake). “Even back then games were used for promotion and it was huge success!” Ferko waited in line in exchange for a merely 20 seconds of gameplay. He crashed onto the wall and it was over. Over for one game session, but the start of a passion for life. 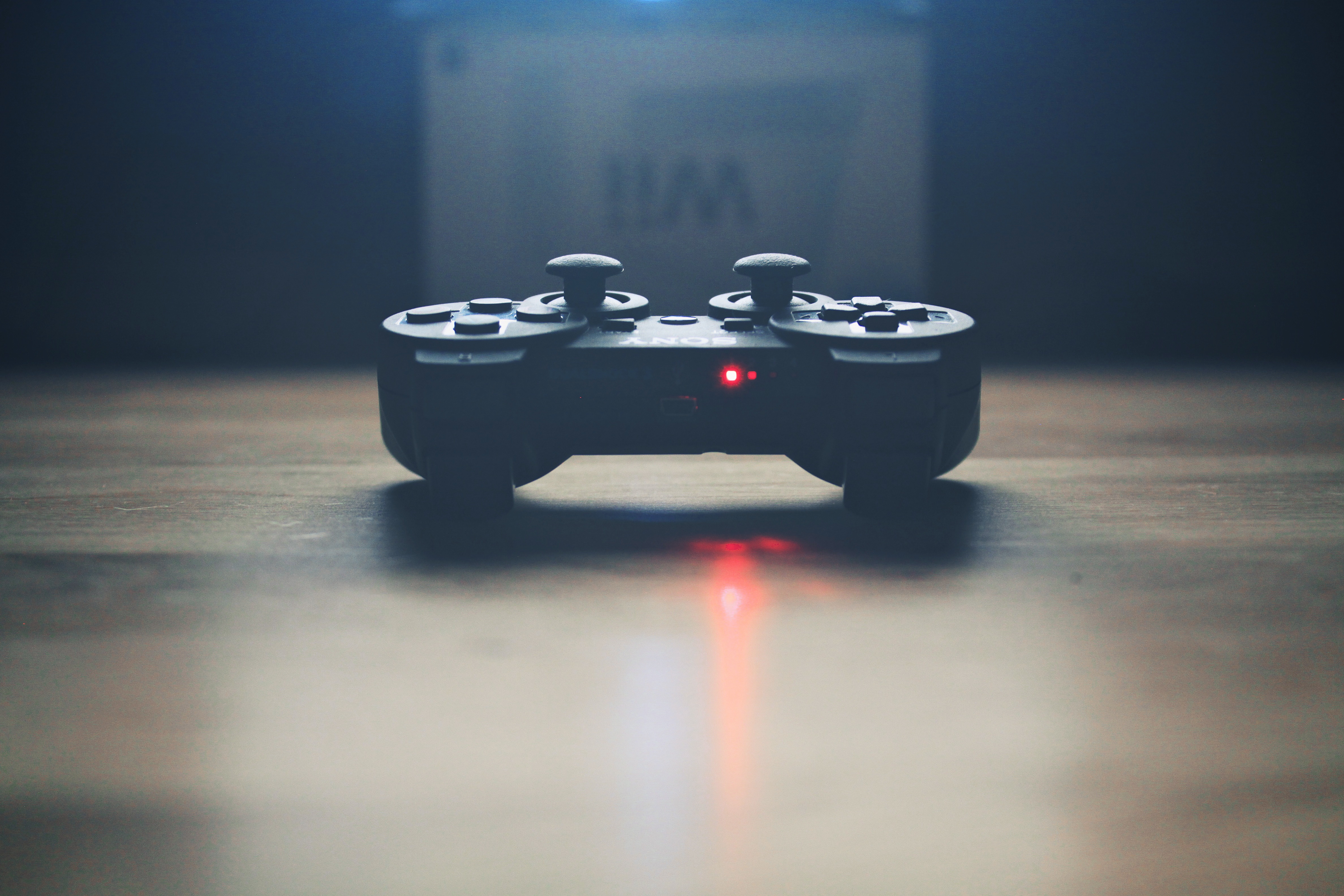 Opening up the flood gates

“Quite often I hear crying out loud that back in the days it was easier and nowadays everything is complicated,” says Fischer. Today, everyone can be a game developer. Tools are offered by middleware companies for free. Creating a game is a matter of hours. And as a result more than 3000 games was published on the Steam premier platform for PC gaming last year. Hundreds of apps are published on App Store. Hundreds a day.

Democratisation of development tools opened up the flood gates and it created pressure on delivering only experiences that are fresh, polished and meet high quality goals. With so many available platforms, to shine is harder than ever. “It is foolish to think that the first idea you came up will be successful,” Fischer warns and he adds quickly that every idea can be transformed into a game. It depends on the level of execution.

Success doesn’t come cheap. Pixel Federation is working on three new projects for completely new platforms they have not had experience with on engines they have never worked with. It is a bold move. With VR revolution forming up on the horizon and new platforms emerging you can’t blame them to invest in new ideas. “It is evolution, in certain moment it is hard to come up with new mechanic. I am not saying it is impossible, but it is getting harder,” Šicko says and somehow he misses the rush.

He runs the company employing 170 people but he is no longer directly involved in creating assets as he used to be. Šicko studied architecture and his first gig in games industry was in 10Tacle Studios designing the environments for the epic action game Elveon, during which he met Fischer.

Pixel Federation with the 15,1 million annual revenue (based on Finstat) is one part of the holy technological trinity with another Slovak software companies Sygic and ESET. “In Slovakia, you can taste success quicker and it gives you an opportunity to talk to the top people and it also gives you high visibility.”

We’re still recovering from our opening party, but we have to say – it was AWESOME! Thanks to everyone who stopped by, we hope you had a great time at least as much as we did!

The culture of a thumb

We have came a long way since the 8-bit era and developers agreed that the whole scene has become more professional. However, it is still lagging behind in some areas. The development is quicker nowadays due to accessible tools and the process has been speeded up rapidly. There is less friction in exchanging experience and resources, developers talk to each other more often and they do not work in solitude. Still Fischer thinks it could have been done more and he predicts that this year is a deal breaker thanks to many activities and also the growing Game Dev Hub initiative.

Whenever a new technology emerges, you can bet someone will make a game for it. Someone will be the pioneer and pave the road for others. You can’t fake the passion and everyone, with whom I have talked, is ready to push the industry forward, to leave something behind and to create the environment for others to thrive. “When it becomes just an ordinary job, it will be the end of the industry,” Šicko tells me after an hour of talk. And he couldn’t be more right.

From a single pixel to a full blown performance capture worth millions, one thing never changes – the culture of a thumb. The language spoken by mechanics and intricate systems working in unison with captivating visuals taking you on a journey to unexplored worlds. And in middle of it is an icon.

Try to remember it next time you see it how far virtual worlds can take you. Maybe you will enter the world imagined by Slovak game developers. 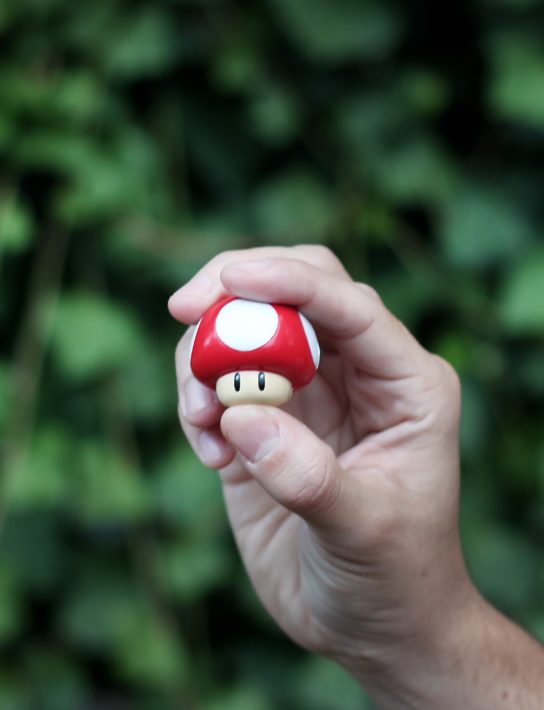 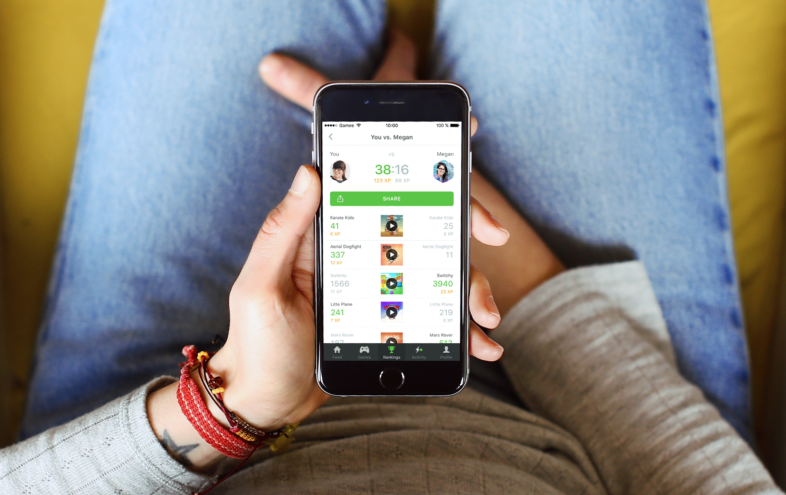 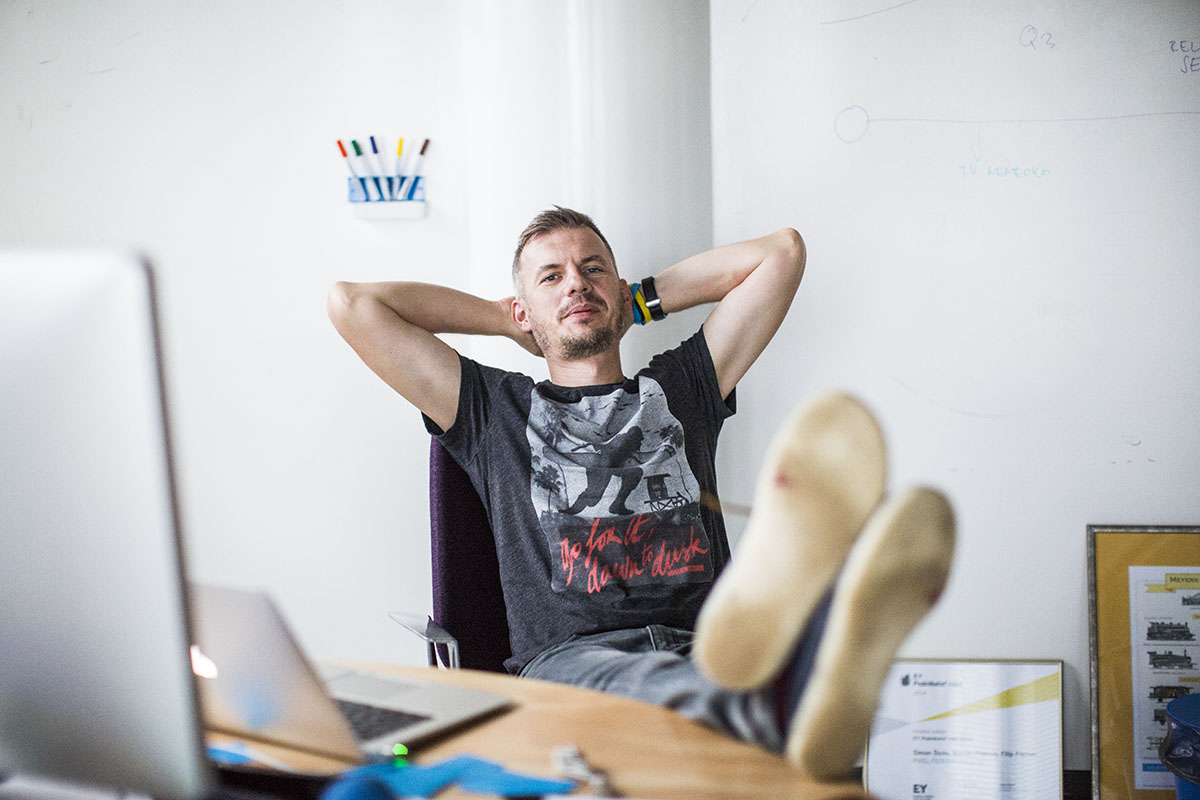 Simon Sicko and The Story of Pixel Federation