Michal “Maxo” Maxian: Change as a Person in Order to Change Things Around You 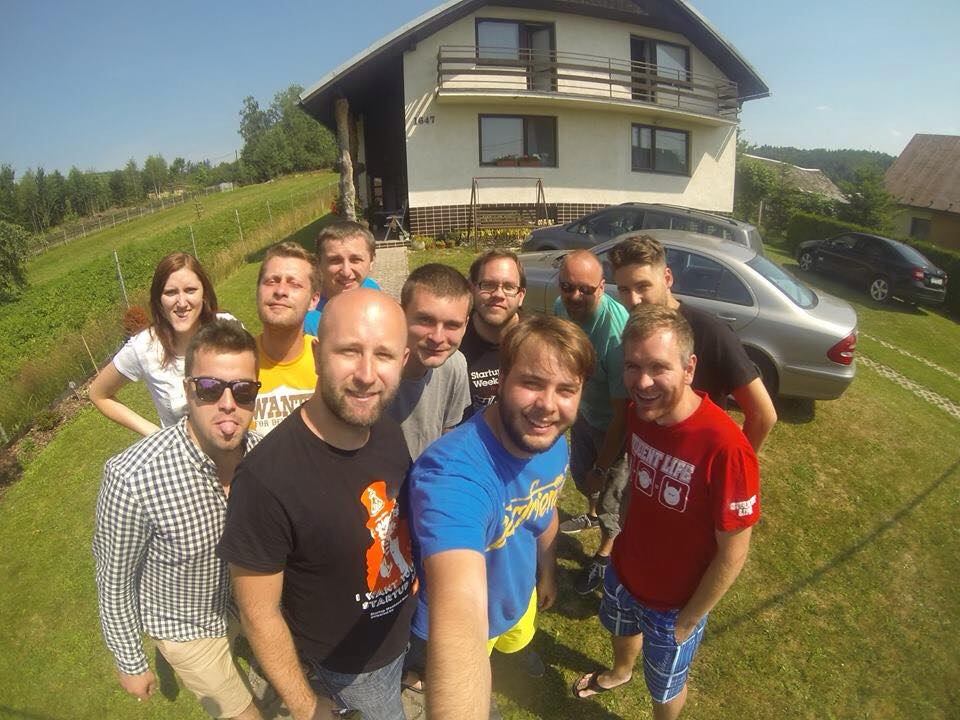 You could describe him as one of the pioneers of the Slovak startup environment. He was at the launch of Startup Weekends, he supports young entrepreneurs both practically and theoretically leading the startup course and providing mentoring. Recently, he launched his own startup, Batsuite, together with his best students. There is not a person in Slovak startup world that wouldn´t be familiar with the name Michal “Maxo” Maxian.

Michal, can we get a little bit into your background story?

In my 20´s, I launched a network provider called Petrzalka Net. We had many customers, but we failed with commercialization, and I joined Hewlett Packard. I worked for the company for about 5 years. I did all of the Unix and Linux staff, project management, trainings, etcetera, became a certified lector for HP and joined several other companies as the consultant and the certified lector later on.

When did you decide to leave the corporate world and start to work on your own in the startup field?

After 7 years in corporate business, I had enough of all the politics, and I saw some corruption around. It pissed me off, and I left the corporate world. After I had left, I founded a non-profit organization, Sme ľudia (We are the people – editor´s note). Our vision was based on three pillars and one of them was charity; we made programs for civic houses and houses for disabled people near Trnava. We opened courses for them and started to teach them the basic skills about how to make a product in the traditional way. It was something between business and social impact courses. Big part of the NGO ‘s mission was education. We started with education regarding IT experience and technology on 10 high schools in Bratislava district. That was the time I realized I have to focus on education and startups.

Then the first Startup Weekend came?

Rasto Turek invited me and our non-profit organization to co-organize the first Startup Weekend. After the event, I realized that it had been amazing and wanted to participate deeper and see the things from inside. I started to cooperate with other people in the startup field, launched technology for startup education courses, and we organized several Startup Weekends spreading the event all over the country. Last year, we celebrated the 5th anniversary of the Startup Weekend Bratislava. Over the time, we have launched over 130 startups and more than 1000 people have been part of them, all over Slovakia.

How did the startup environment look like in those days, 5-6 years ago?

There was only one event, Startup Camp, then the first hackathon was organized. It brought the energy to the community and we started to realize it could have a really big impact. Then the collaboration with the Spot, Connect Coworking or ImpactHub came along.

What impressed you the most when you heard about the startup world? Why did you want to be part of that?

I really loved that energy for doing things, when you can work on your own project and put everything into it. You can feel that energy during the Startup Weekend from people eager to do stuff. “This is my idea, this is part of me and I will invest all my energy into that.” I loved the feeling that “Come on, guys, we can do it”.

We can change the world…

Something like that, but it´s not about changing the world, it´s about changing yourself, looking for the better in you, it can change you. You need to change as a person in order to change the things around you.

Do you see any changes when you compare projects from the first Startup Weekend and from the last one? Is there any progress?

Sure, of course. During the first Startup Weekends it was mostly about the definition of a startup, be it Bratislava, Zilina or Kosice. We tried to communicate to the people that they can work differently than they had worked before. You can sit here with a bunch of guys that you have never seen before and realize your ideas. You will make new friends, you will make new business partners and maybe you can get an investment.

And ideas? We have a paper with several columns of ideas that are really common during the Startup Weekends. To mention some: sharing a flat, sharing a car, sharing a bike, some kind of check or watchdog for items on the internet, shopping cart for everything, dating site, etcetera. You have at least one of these things at every Startup Weekend, the first one and the last one included.

What are the 3-5 hints you give to startup teams when you mentor or work with them during the Startup Weekend? If they want to transform the idea into the product, what is the most important advice?

Define MVP really, really fast. You need to have the MVP with feature definition defined during Friday, so when you come on Saturday morning, every person in the team knows what they will be working on during the day. Saturday is enough time for coders to build the MVP. On Friday there are several mentors always moving around the space, you can catch them and validate the idea with them at first. After that, make the validation with your friends, family; maybe try to find the first costumer during the event. Split the team into the business persons and coders, and make one person speak for the whole team, so the others can focus on the work.

Make a great pitch and go for the presentations.

Where do you see the weaknesses of the teams on the Startup Weekends?

I see that every time we go to a smaller city, every idea or the market for the idea is smaller, because the person can´t imagine the large scale.

Can you maybe give an example?

For example, we want to make an exercise gym for the street workout as we don´t have one in Zilina. Or we want to make selling app for farmers – my father is a farmer and he has a problem to sell the items. I don´t think it´s a small problem, but the way how that person thinks about the problem is small, on a small scale. They can´t scale it beyond the city area or region.

Startup Weekends are a lot about networking. What are your hints to a good networking?

For every event I attend, I check who is coming to the event, what are their main skills, where they come from, which companies, etcetera. Maybe I check their LinkedIn profile or Facebook if we have common friends, and I ask my friends if they know something about that person. 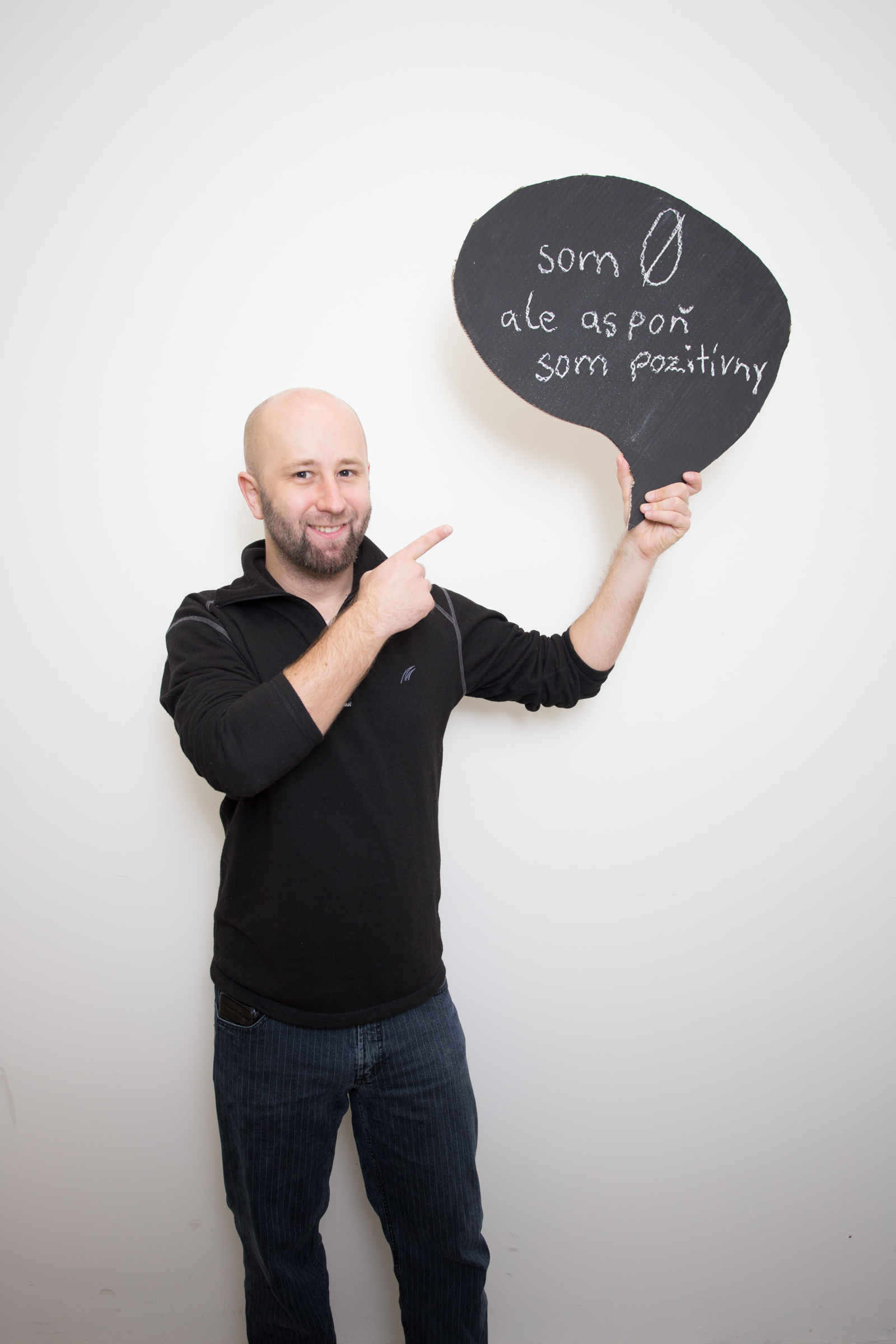 You cooperate with schools and universities quite a lot doing startup education courses. What do you see in the class? What are the students of today like?

Many people who attend my classes want to do the business. They are here to think about startups and how to build something just from an idea.

Our working name is Startup Education, but university´s official title is the Development of Interdisciplinary Skills.

Was it difficult to convince the university to open this course?

When we started to organize the Startup Weekends, we decided that every event in Bratislava will take place at a university. After those 5 years of Startup Weekends at the universities, you get to know the teachers, they know about us. It is not that hard, because they tend to come to our events, and see that we´re doing a great thing.

How is the course organized? Do you teach on your own or do you have guests? What are the topics?

70% of the curriculum are presentations by guests. We cover two areas—design thinking and lean startup. We analyze and discuss the design thinking, and after that we start with the lean startup covering MVP, validation and experimentation part.

If you could change one thing in the education system in Slovakia, what would it be?

I think that education needs practice. In every education system, you need to transfer your real experiences with the topic to people around you. I don´t agree with the fact that the teacher doesn’t need to have the real experience from a company. It´s a must in the field of technical, entrepreneurial and economical skills. But it´s difficult, because in Slovakia we don´t have enough money to pay people for practical experience along with being a teacher. For example, I do the course for free, because as they told me how much money they could give me, I rather told them I would do it for free.

The second thing I would change is practice, again, but for students. If somebody wants to go to a university, at least one year in the real life would be inevitable. Not in any field but in the field focused on your studies. Fortunately, there is some progress in regards to high schools with the students attending practical training experience in the companies. 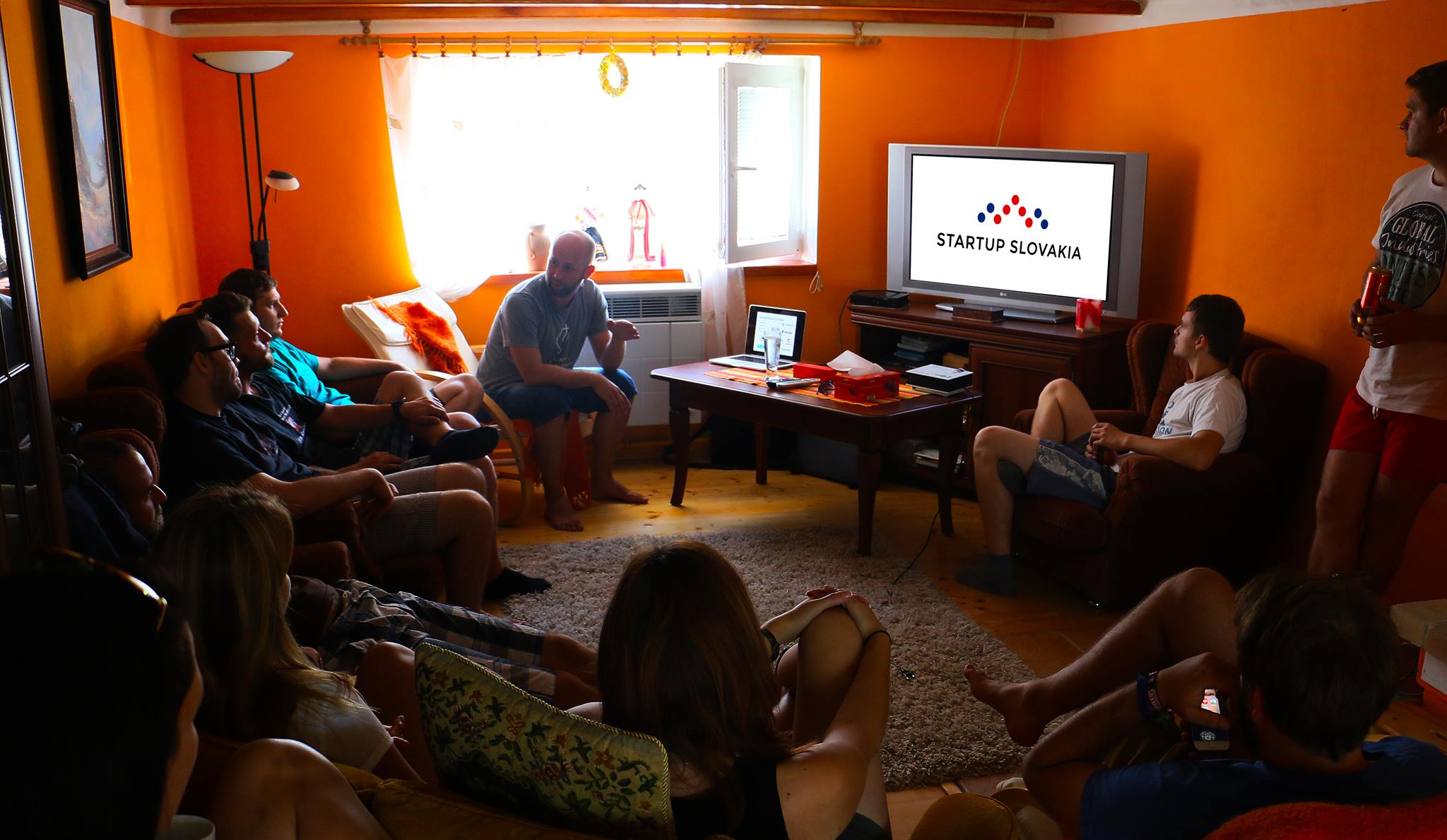 Recently, you have launched your own startup, Batsuite. What is the story behind?

If I want to do the education program and education projects, I need to show that the people from my classes can make the progress. So I picked up the best people around me and we went to Startup Weekend in Vienna. I took the Arduino startup kit with several sensors and processor inside, and on the way there, we voted for the ideas.

There were two of them. One was a game in style of Mission Impossible which was the funny part. And the other thing was something that would help blind or visually impaired people to move around. We could measure the distance to the nearest object, and they could feel it or hear it via sound or vibration. We voted, and the latter won.

What is the evolution of the project? What stage is it right now?

In January, we won the third place at Startup Weekend Vienna with the functional hardware prototype. After that, in March, we got into the hardware accelerator in Berlin, where we spent two weeks prototyping and created two new prototypes. Then we acquired Remote Assistant, which is application for the blind people helping them to navigate via videoconference and localization. We made next functional prototypes, won Startup Awards in November and are approaching the certification and manufacturing process now.

We didn´t get the investment, so it´s going a bit slower, but with small steps we can do it. There are several presentations ahead, and I want to focus more on the technological part. I really like to work with people, but I am not very good salesman, I am the technology guy. Therefore my colleague, Lucy Medved Patakova, took over the position of CEO after I had resigned. I’m going to focus more on the development as Lucy is really talented sales person. 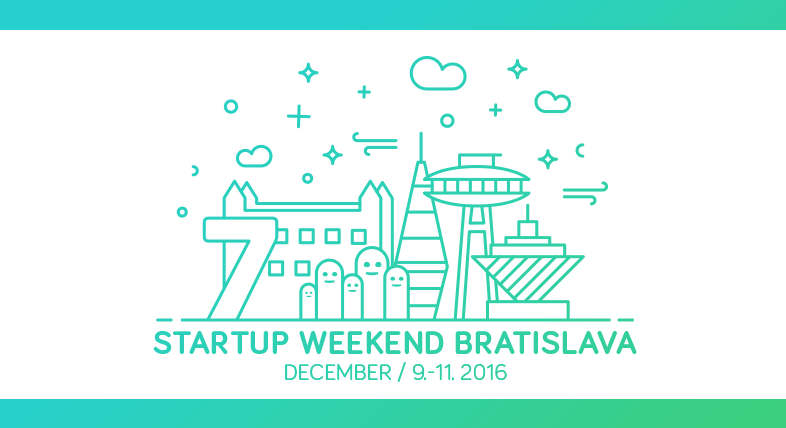 The 7th Edition of Startup Weekend Bratislava Is Almost Here. Are you coming?