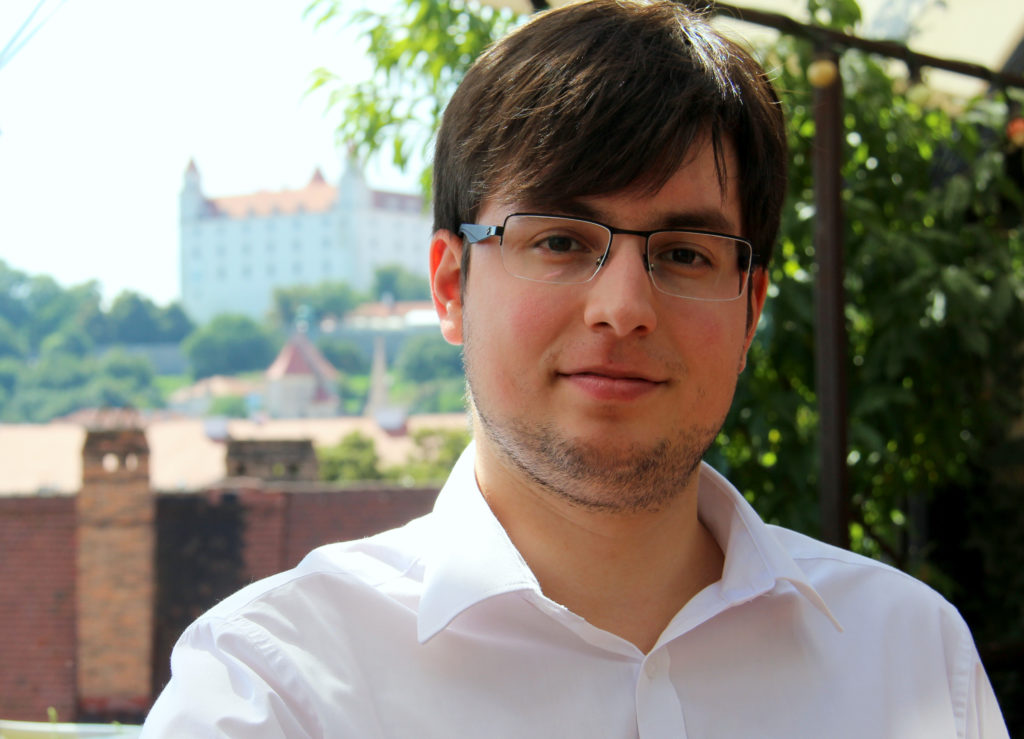 Last year, the first edition of ReactiveConf attracted tens of speakers and hundreds of participants to come to Bratislava. While the second year is underway, we sat down with Samuel Hapak, one of the organizers of the conference, to discuss what we can look forward to this year.

Samuel, could we start with your background? What is your story within the Slovak startup scene?

My friends and I founded VacuumLabs a few years ago during our studies at the Faculty of Mathematics, Physics and Informatics in Bratislava. From a startup, we’ve grown up to be a professional company which now employs more than forty pros on web and mobile single- app development. We’ve worked for startups as well as for big corporations. We even developed an app for a Swiss client which helps its users find the right kindergarten for their kids. It was a great project! 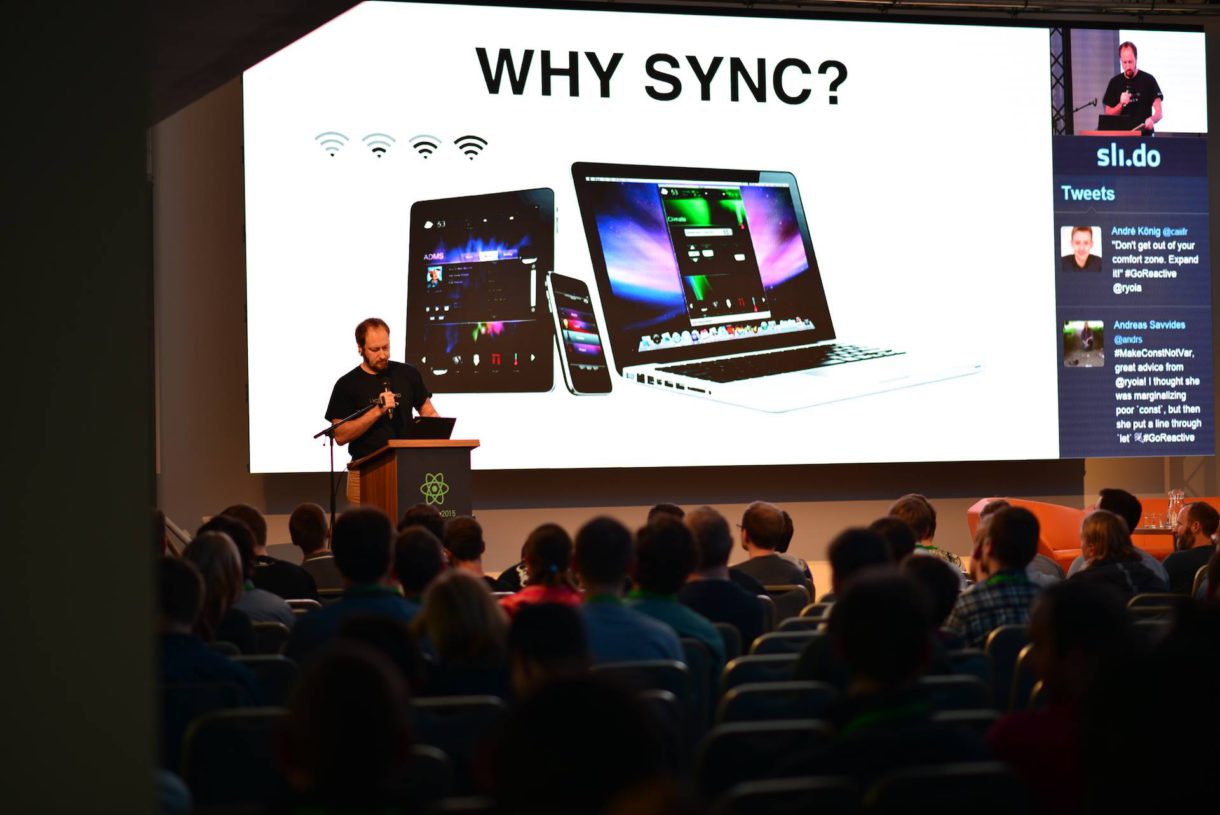 Last year, you co-organized ReactiveConf in Bratislava. What was the main idea behind it?

Right after React was released, we became huge fans. We’ve used it at VacuumLabs since then. Naturally, we went to the first React conference in Paris in 2015, and after we returned, Matej Ftacnik, my business partner, who is a very forward-thinking person with wild ideas, said: “We have to bring this to Bratislava and make it the best React thing in Central and Eastern Europe!” Nobody told him it’s impossible to make a world-class app development conference in less than ninety days without any previous experience. So we just did it.

The main idea, just like this year, was to get creative and inspirational people together and create a unique opportunity to meet those driving the change. And not only those from the React environment, but also from the technology fields related to it. Everything we’ve done so far comes from pure passion and excitement. This is the spirit we want the conference to stand for.

What attention did the conference get?

I have to say we received amazing feedback from the community. In fact, the conference was so successful that people convinced the organizers of EuroClojure, the largest Clojure conference in Europe, to move it to Bratislava this year, and do it with us. 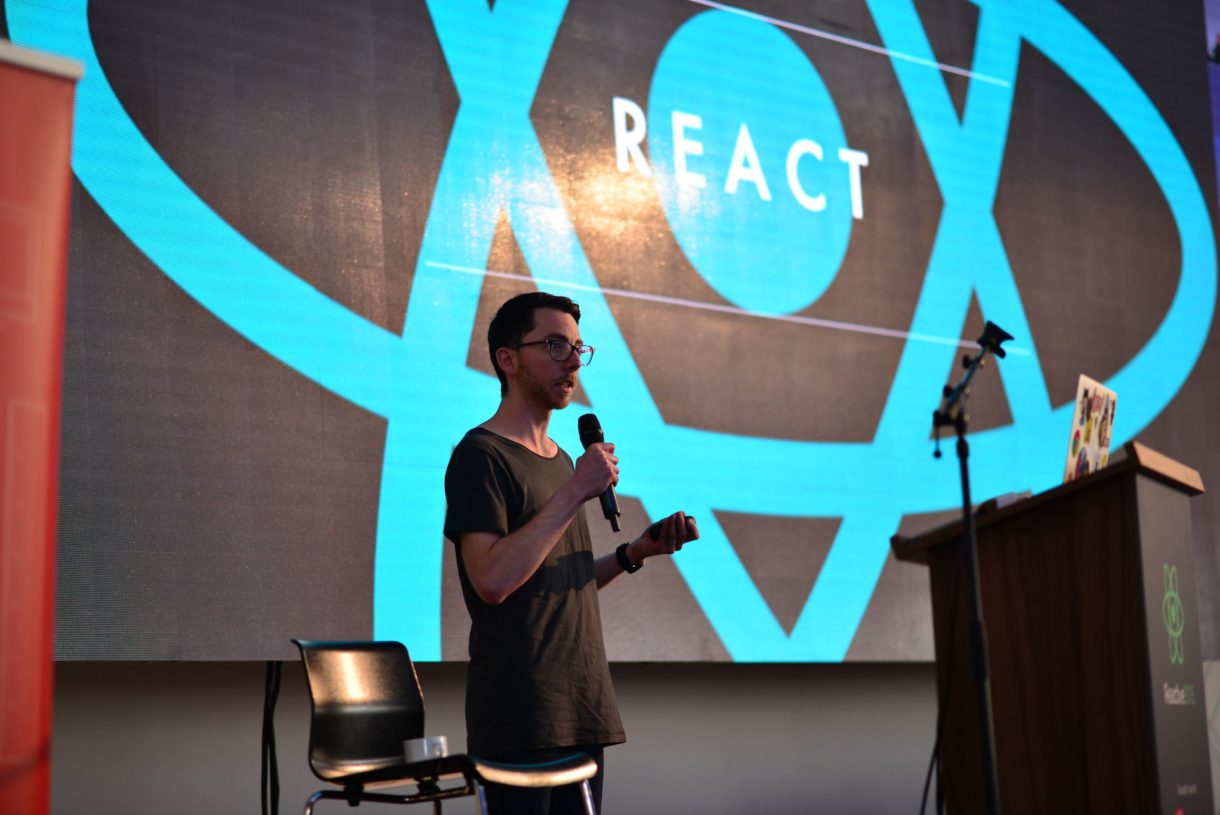 What’s so great about React technology that makes you interested in it so much?

Its biggest advantage is that it simplifies writing web user interfaces, which leads to better extensibility and fewer bugs. And those are the ultimate goals of every programmer. The simplicity enables React to be ported to almost any platform, so it currently runs on the web, iOS, Android, macOS, Windows, and I’ve seen even VR applications written in React.

The main reason why brands like Apple, Mozilla, PayPal, or Twitter use it, is the way how React plays with the legacy code. Usually, if you want to switch from one core technology to another, you have to rewrite the codebase, and port everything to the new cool tech. That is extremely costly and extremely hazardous – so companies learned to be conservative. However, React lets you use your legacy code, and port only small portions of the app to it. This way, you can experiment without big risks involved. And this is just the tip of the iceberg, you can read about all its advantages in my blogpost.

This October, you’re opening the second edition of the conference. What can we look forward to?

You can visit ReactiveConf from October 26th to 28th in the Old Market Hall in the historical center of Bratislava. We are very happy to be doing it again because last year was a blast! We had three days with 500 attendees and great speakers. It was exhausting but also very refreshing – you don’t meet people personally involved with Netflix, Facebook, Yahoo or Github every day. This year, we’re going to be even bigger with 800 participants.

What is the schedule of the conference? Does it focus on speakers, networking, or workshops?

Actually, it’s about all of it. ReactiveConf kicks-off on Wednesday which is dedicated to workshops – just like last year, people can learn how to create their first React app, learn basics of ClojureScript or Reagent. Thursday will be a mix of back end, React, and some non-React front end topics and tools. And finally on Friday, we will focus on React Native and React subjects.

Besides that, we’re also organizing parties, city tours, beer-tasting dinners, and networking meetings every evening, and we’re planning some special events on Saturday and Sunday when people can chill out after the conference, so I’d recommend everyone check out our website for updates. As I mentioned before, this year we’re doing this with EuroClojure, which begins on Tuesday, October 25th.

It’s going to be a great week to be in Bratislava, but if you can’t catch us there, we do regular meetups in some European cities, specifically in Prague, Brno, Vienna, Bratislava and Košice, and we plan on organizing meetups in London, Berlin, Budapest, Warsaw, Oslo and Helsinki in the near future. We are currently hiring Community Managers for this Reactive Roadshow to create communities around Europe, so make sure to drop us an email if you’re interested. 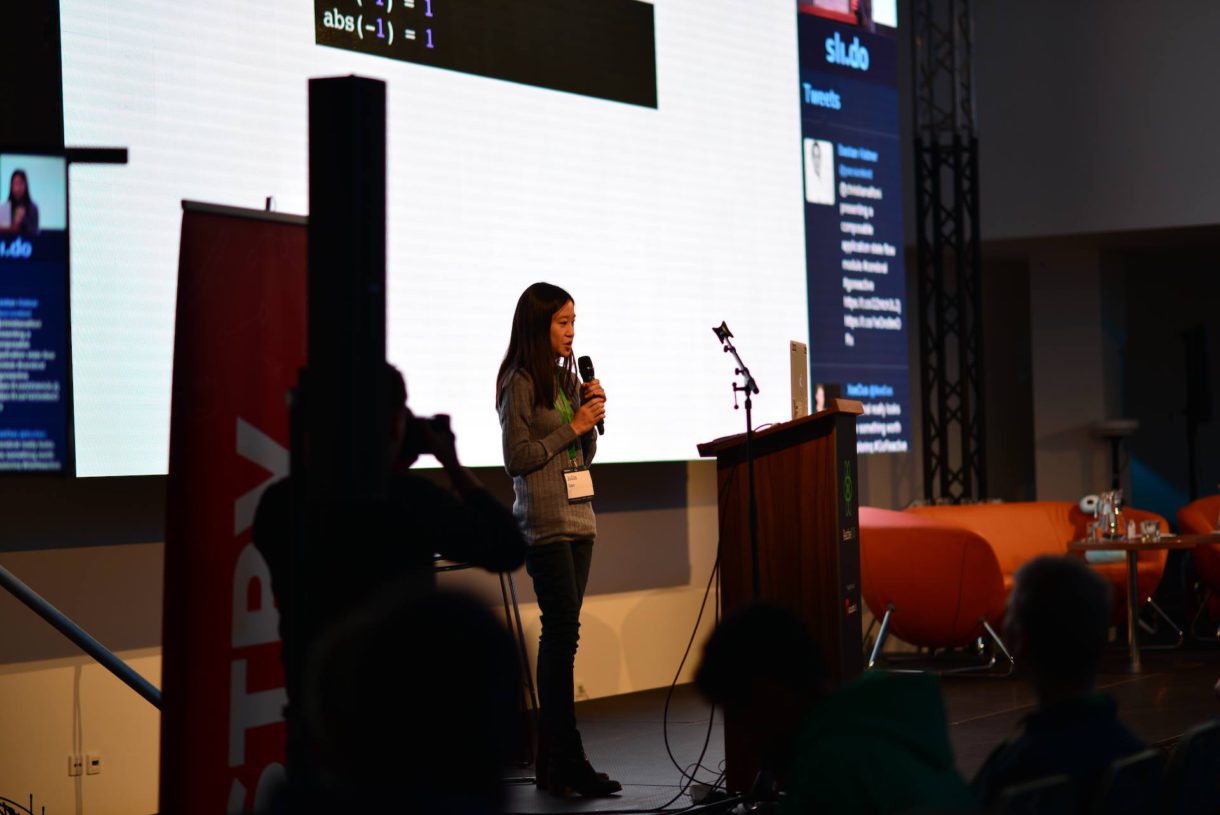 Can you name some of the ReactiveConf 2016 speakers that you are particularly thrilled about?

I am looking forward to meeting all of them, of course, and it is hard for me to pick just a few. But to mention some, David Nolen, this really cool guy and the lead developer of ClojureScript comes to my mind, or Richard Feldman, the popularizer of Elm language, who is scheduled to appear. I definitely wouldn’t miss Michael Gluhkovsky, the man behind RethinkDB, a real-time database system. We’ve also invited Eve Porcello who wrote a book about React and is a terrific mentor, Thomas Roch, an expert software engineer, and I’m looking forward to meeting Leland Richardson, who engineered the transition of the whole Airbnb from ObjectiveC apps to React. But the list could go on forever.

Samuel Hapak (27) graduated at Comenius University Faculty of Mathematics, Physics and Informatics. He is systematic, visionary, relaxed, and practices a hands-on approach in company management. Despite his many responsibilities, he still finds time for programming. He plays board games and is a fan of the healthy lifestyle. His personal motto is: “Don’t panic, we can do it!”

The interview is brought to you in cooperation with Reactive Conference Bratislava.