The annual competition which continues its tenure as the highlight of startup season in Slovakia, will also be accompanied with a conference on technology and innovation. The 6th edition of STARTUP AWARDS will be held on December 2, 2016.

This year’s STATUP AWARDS will be bigger and better than ever!

For the first time, STARTUP AWARDS will host more than 1,000 entrepreneurs, innovators, investors and corporates. In order to accommodate the growing demand, the event will double its capacity and move from the historic building of Slovak National Theatre to Istropolis. Additionally, the event will be extended to a full day conference with panels and workshops, presenting top international investors and successful entrepreneurs.

Just like every year, the highlight of STARTUP AWARDS will be a gala where shortlisted startups compete to become the Slovak startup of the year. Apart from the high-quality mentoring and exposure in media, the winners will also be awarded cash prizes totaling 20 000 EUR. What is more, as previous finalists received investments amounting to a total of more than 11 million EUR, the finalists will have a unique opportunity to raise capital from local and foreign venture capital investors. 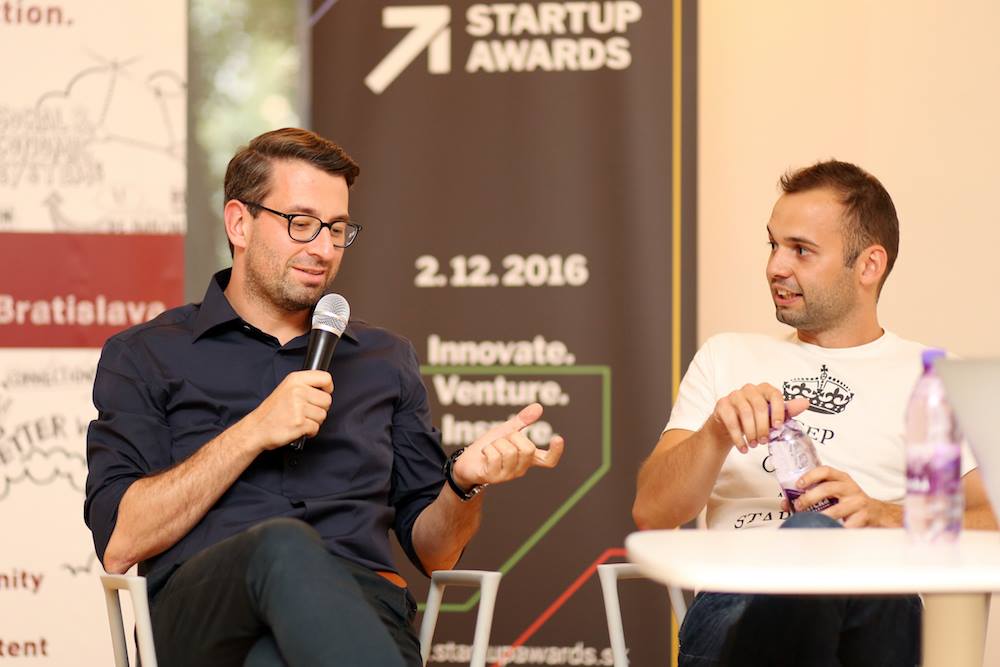 Founder of Waze and other big names announced

In addition to the pitches of most promising Slovak startups, attendees will also have a chance to see the icon of Israeli startup scene, Uri Levine. Uri is the founder of Waze, the largest community-based traffic and navigation app in the world. After having sold Waze to Google for over one billion dollars in 2013, Levine has been fully devoted to developing new tech companies as an angel investor. The confirmed speakers list includes Esther Dyson, named as one of the most influential women in American business by Forbes magazine, Andrej Pančík, a young Slovak, who sold his startup Represent for 100 million EUR, or biotech entrepreneur Danny Cabrera who produces 3D bio-printers that manufacture human tissue.

STARTUP AWARDS 2016 will be the largest startup and innovation event in Slovakia ever. Its mission is to highlight innovative potential of Slovakia, inspire the next generation of Slovak innovators and convey experiences of globally successful entrepreneurs. In addition to the standard full-day ticket for 49 EUR, there are also limited Early Bird tickets on sale for just 29 EUR. To buy your tickets, please, follow the link. Visit www.startupawards.sk to see more speakers, buy your tickets and learn more about the application process for startups.