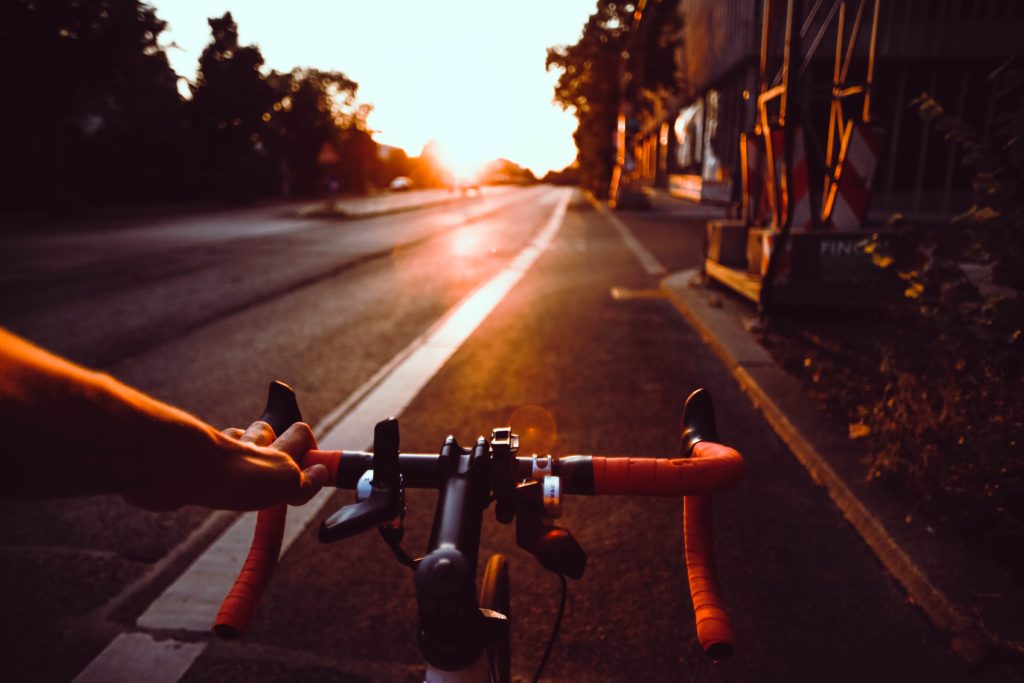 We’ve already informed you about the upcoming event for the tech&cycling enthusiasts by the end of April.

Need to better grasp what such a Techbikers experience is like? Two senior managers from the event’s partner companies share their recollections from previous editions.

Want to join them for this year’s edition? Sign up here.

As the Chief Security Officer and General Manager of Piano Software in Slovakia, I’ve worked for Piano for over six years.

As such, I’ve long been involved in the startup community in Slovakia and joined the first CEE Techbikers event in 2017 as an opportunity to build my network in Bratislava while doing something different for a good cause.

I didn’t have any knowledge of Room to Read or Techbikers before that first event, but the charity greatly appealed to me from the start, as a life without books is something I couldn’t contemplate.

I’m an avid reader and have passed that love of books onto my children, so the idea of building libraries and giving other children in poor parts of the world the opportunity to open a book resonated with me. Pursuing and paying for the education of girls is just as important and satisfying.

Fundraising is not a piece of cake

While it may be satisfying, though, fundraising for Room to Read is tough, especially as I enter my third year.

I’ve relied heavily on my network of friends and family for most of my donations, and have been lucky in the past that Piano and my colleagues have supported me by donating to the cause. This year, I’m particularly happy that Piano has decided to become a sponsor. In my opinion, the values of Techbikers are core to Piano as a company.

We participate in many corporate social responsibility projects, and facilitating education and literacy worldwide fits well with that ethos.

While I feel good about both my own and Piano’s involvement in such a good cause, though, when it comes to the ride itself, I’m not always as diligent about as I should be.

The training for Techbikers can be pretty daunting, and it has has been a deterrent for some people I know who’ve considered making the commitment. This year I’m particularly poorly prepared and haven’t been able to get out on the bike as much as I’d like.

That said, the nature of the ride is not meant to be tough, so the speed and timing are completely doable even with little training. The climbs into Budapest may be less work when you’re fitter, but the encouragement from everyone makes even those easier to take.

Everyone has their own opinions on the routes, and there are always places where it could be set up differently, but the road from Vienna to Bratislava takes you past some of Austria’s beautiful castles and farmlands. The day out from Bratislava is always fun as well, provided the wind is behind your back down the Danube and makes for a great run down the dike to Gabcikovo.

And the last day in Budapest is the most picturesque, with stunning lake views, landscapes and a final climb that makes the whole ride worthwhile when you get to the top.

Positive in, positive out

For me, in fact, it’s the start of the cycle that is always the tensest: lining up, taking pictures and hearing words from the sponsors can be nerve-wracking when everyone just wants to get on the road!

My involvement with Techbikers has been beneficial in other ways as well. I’ve made a lot of contacts: from people I keep in touch with through email, to people I meet up with from time to time and those I work with regularly.

I think of the kids that might have to walk up a hill every day to get to school. That way, I can make it up a hill on a bike once a year. More than anything, that’s what makes it a rewarding experience. 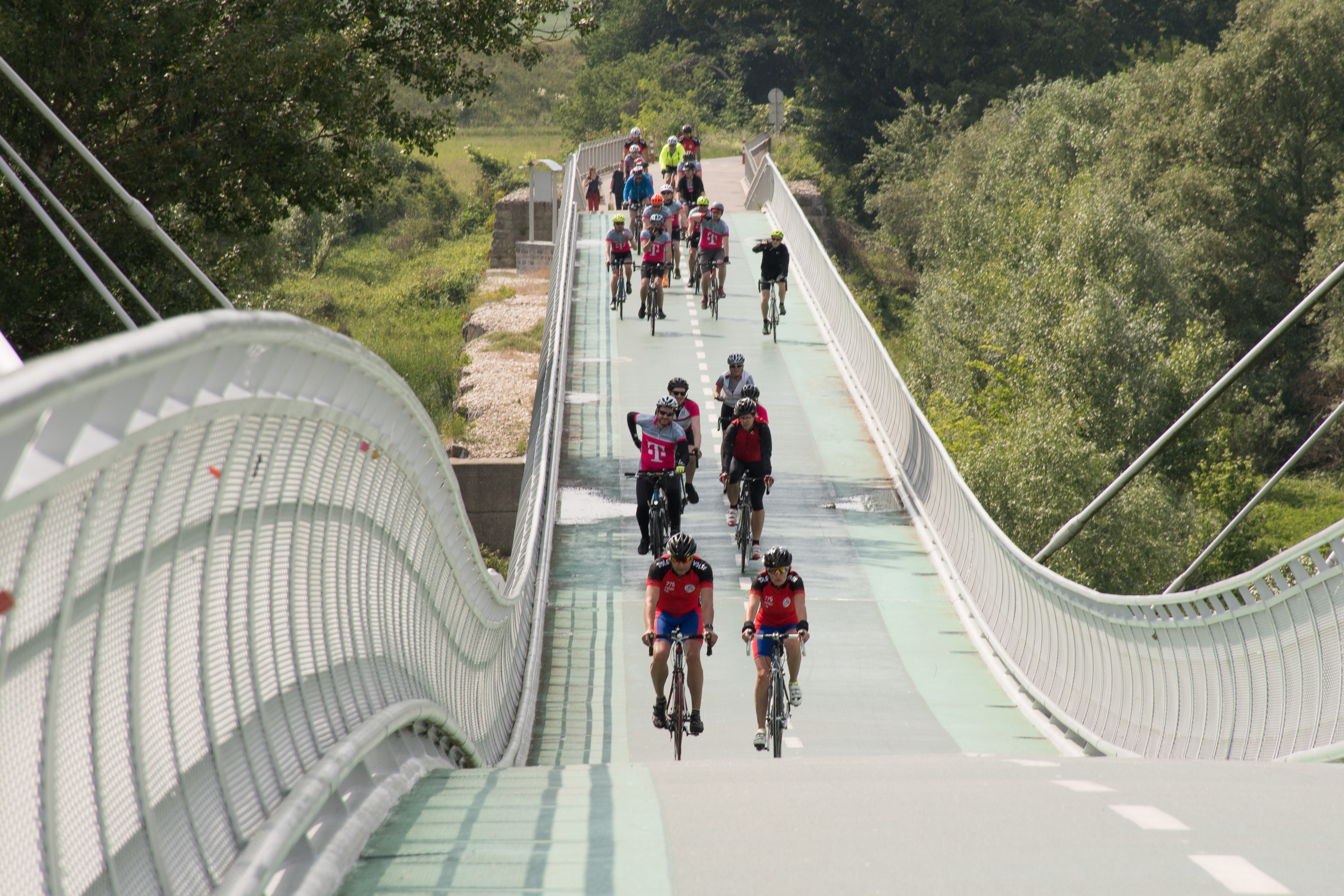 It was 2 years ago when I first heard about TechBikers. My colleague from New Business Development department came to me saying they’d like to support an event where people from various tech companies and businesses collect money for a good thing.

In Slovak Telekom, we believe that as a telco company we can move society further through modern technologies as well as through acting responsibly.

Therefore, for the third year in a row, it makes a great sense to connect with the tech&startup community and support the education of the next generation in third world countries.

I do not know what was more challenging – whether it was the 300km ride on a bike or fundraising money from my friends. I’m not Peter Sagan, and I’m happy if I can ride 40 kilometers on a weekend.

I wanted to take my ride as a challenge, so I decided to go with my single speed bike used for commuting in a city. A year later, I was told that I was an attraction for the whole peloton with my bike.

The meeting with other participants in Vienna was exciting. Not just because we almost missed the start. A group of enthusiastic people committed to sacrificing their time, energy, and good ass assured a positive aura at the outset. The whole ride just flew by.

All the time you ride alongside a person with whom you always have something mysteriously to talk about, be it business, interests, or cycling. Then you suddenly realize you are already halfway to Budapest.

Take the whole bunch with you

Driving from Vienna to Budapest gave me a lot – I got to know great people and their business worlds.

I realized that we can change the world not only from our offices but also on the saddles of our bikes. And that you can go 300 kilometers through three cities and raise hundreds of euros in three days on a single-gear bike.

I would love to take all my colleagues with me this year to try it as I am going again, sure that will be great again.

Got convinced to join this year’s edition? Sign up here.