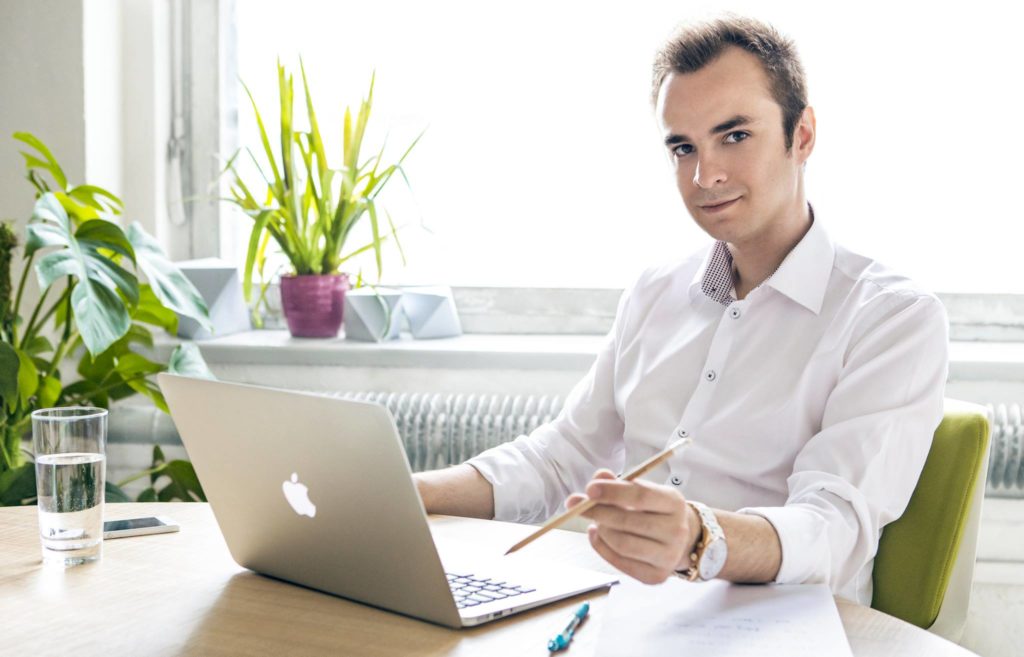 Localization Guru provides translations and localization solutions from websites, mobile apps, through marketing materials, up to the technical documentation and specialized translations. The service is delivered through an online platform with 24/7 access and on the spot quotations and time of delivery. It was founded in April 2015 and grew to revenues of more than EUR 150,000 in 2016, according to finstat.sk.

Slavomir, what did the first idea for Localization Guru look like?

The first idea was connecting freelance translators to companies through a transparent solution where you can see who is translating your documents. Funny fact, back when we started we approached Translata if they would give us their supply of providers. I still remember the look on their faces when I pitched this. What it meant was that we wanted access to their database of suppliers which they built up over the years, for a small revenue cut. Looking back I don’t know if they were so shocked or busy being amused that they didn’t kick us out from the meeting room. Of course, the idea evolved and changed over time by adapting it to the markets need.

Why did you decide to sell Localization Guru?

There were a couple of reasons. At the stage where we made the decision, the company was profitable and growing but all four co-founders were involved also in other projects and not fully dedicated to Localization Guru only. There were 2 alternatives which we considered. Either it was a payout of dividends each year or an exit to a competitor. We weighed both options against each other and decided we are going for the exit since the maintenance of the company would still have required some commitment.

Did you have more potential acquirers on your radar?

There were more potential acquirers on the radar. Two of them were seriously committed at a late stage of negotiations. One was purely a financial acquisition, the other was a strategic one, working in the same industry. We decided to go with Translata because we saw a large potential in the project in the hands of a strategic acquirer who knows the business.

Actually pretty straightforward since it was not their first “rodeo” if you catch my drift. We were on the same page after the second meeting. The rest was mostly technical and legal handovers which took a couple of months.

As for what it felt like,  it was my baby from day one, so it was really a bittersweet feeling. It’s one of those things that you can read about a lot,  but you have to experience it to actually know what it is like.

What can you reveal about the deal and the terms? Is the price public?

The price isn’t public due to an NDA and need to know basis only. We fully respect the wishes of the acquirer in this case.

Has it been a 100% acquisition? Will Localization Guru as such cease to exist and become part of the acquiring company?

What does the acquisition mean for the current customers?

There is no change for the customers of Localization Guru, it’s just a change in management. On top of that, the new owners bring additional value to the current customers and new services which we didn’t cover before, such as certified translations, interpreting, and many others. So it’s definitely a win scenario for the customers.

And investors of Localization Guru?

We had one investor in the company which was bought out in full before the sale of the company based on the terms in the shareholders’ agreement.

What are the next steps in the process? Is someone staying in the company?

We are still in negotiations about this, but very likely I will stay in the role of an advisor and help out with customer acquisition globally. The new owners made a quite devilish offer at our last meeting, so I couldn’t refuse 🙂

Was there a service provider involved in the deal or you went on your own?

Due to my current job as an Investment Manager, I had a pretty good insight into how these things work. Also since Translata already has had some acquisitions in the past, they helped a lot with most of the necessary things. So we didn’t have the need to use an external provider.

How long have you wanted to exit the company? Was that a plan from the very beginning?

At the beginning, there was a goal to have an exit at some point, but we really didn’t have any idea about how the product would evolve. It was more of a logical decision at some stage in the company.

What have been the greatest milestones and challenges over the time?

The usual suspects, at the beginning it was fundraising and finding the right people, in the end, it was client acquisition. The biggest milestones were when we stopped focusing on fundraising and started focusing on sales. We didn’t really have any options since we didn’t manage to secure a second round of financing, so we needed to fund the company from paying customers.