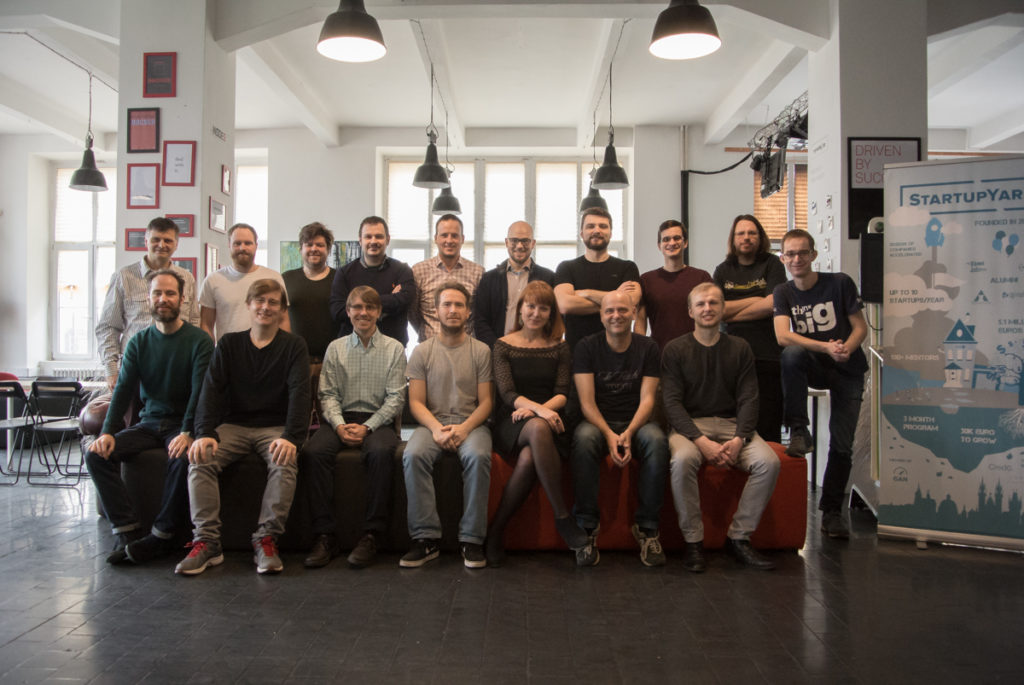 The Prague-based seed-accelerator StartupYard has announced, along with Fundlift.cz, a record-breaking fund raised in a form of private placement with the help of the crowdfunding platform, to be invested in two cohorts of up to 20 total startups, with a follow on fund for seed financing, in the largest such investment so far in Central Europe. Applications for StartupYard’s nearest acceleration round, Batch 8, are almost due, on June 30th.

StartupYard, Central Europe’s leading Seed Accelerator for technology startups, announced this week the closing of a fund composed of larger private investors as well as investors from the Czech investment crowdfunding platform Fundlift.cz, for a total of EUR 1 million. The fund will be dispersed to up to 20 startups in two rounds of acceleration in 2017/2018. The amount raised will also allow StartupYard to invest further into selected companies from the current StartupYard´s portfolio.

The fund, which was ultimately supported by approx. 100 investors from the Fundlift platform, will make up direct investments of EUR 30,000 in up to 20 startups, with a follow-on fund to be allocated to the best performing companies following each round. Fundlift, backed by Roklen as a licensed securities broker, previously assisted StartupYard in raising a smaller investment in 2016. This round is the largest for the Fundlift platform so far, and the largest of its kind in Central Europe to date.

“Four years ago, StartupYard set about putting high tech Central European startups on the world map, and we are very proud of what we have accomplished in that time,” said StartupYard’s Cedric Maloux, who has served as CEO since 2013, “the growing confidence and enthusiasm among Czech investors is a testament to the hard work of our alumni and to the intelligence and forward thinking nature of the tech community in Central Europe.”

Under Maloux, StartupYard has increased the pace and scope of its activities in Central Europe, recruiting startups from 16 countries, and has increasingly focused its efforts on high-tech startups, in the fields of Machine Learning, AR/VR, IoT, Big Data, Cryptography and most recently Blockchain technology.

“After two successful fundraising rounds with StartupYard, we are delighted by the enthusiasm of trend-setting investors on our platform. Approximately 100 investors were invited to participate in the round and many more expressed their strong interest,” remarked Radek Musil, CEO at Fundlift. “They have shown us definitively that the Czech investor community has a strong appetite for cutting-edge technologies, and faith in StartupYard’s track record of smart choices among startups,” he added.

Applications for StartupYard’s nearest acceleration round, Batch 8, are almost due, on June 30th. Now those startups that apply will have the additional opportunity of seeking follow-on funding beyond StartupYard traditional seed investment. StartupYard’s next two rounds, dubbed Batch 8 and Batch 9, will take place over the course of 2017/2018, with Batch 8 applications closing June 30th, and the program set to kick off in September 2017.

More information concerning the StartupYard program and the upcoming rounds is available at StartupYard.com.