From Players Community to Startup Awards And Remote Workspace in Tenerife

Martin Studenčan is a 26 years old guy from Košice and you have already heard about him. This young talent won the most prestigious Slovak startup competition Startup Awards 2016 last year with the project called STEMI. Today, you can meet him in Tenerife, where he founded Wolfhouse, the first co-living space for teams from all around the world.

How is it possible, that in such a young age Martin has already passed so long business journey? He had to handle with finding investment for family startup, legal set up for business in abroad, finding the right team, and many other challenges. We talked to him about his first steps, what he struggled with, how he overcame his mistakes, what advice he would give you to start your own startup, and much more.

Martin found his passion for online marketing during the high school studies, more than 10 years ago. He built and monetized his first online community – PSPZone for console gamers, especially Playstation Portable (PSP). If you were a part of the community, you definitely had to know him. Even though he was better known under the nickname ‘bios’.

“PSPZone got quite famous and peaked at 40,000 registered users which was bringing 200-300 EUR a month from advertising on Google Adsense. Not the worst ‘pocket money’ when you are 15. Unfortunately, I was ‘naive’ enough to build the projects on domains owned by someone else. It seemed like an opportunity for me, but turned out to be one for someone else. That was my first bigger project and at the same time the first bigger mistake,” says Martin.

Lots of young guys started like Martin, and many of them also stopped there. Martin did not. He wanted to cross his personal boundaries, and, one day also the geographical ones.

“My professional background is in online performance marketing. During my first year of college, I started working for an international media agency in Bratislava. I was commuting by train from Trnava 3 days a week and attending presentations and exams at the university during the remaining 2 days. After one and half year, it became a bit stressful and demanding to travel and deliver good results both at the college and in the office. As I gained quite a lot of experience during that time, I decided to quit a job, unless the agency would have allowed me to be the first junior to work remotely.”

They did, and Martin gained his first experience with working and managing clients from different places. As he honestly admits, he didn’t feel comfortable and sometimes had a hard time to focus in a traditional office environment. The feeling that you can wake up and don’t have to go to the same office most of your work life, but instead you can enjoy beauty of the different places all around the world, has become his second passion and a base of his later projects.

Martin is an online marketing expert, passionate player, and travel buff. He has always wanted to work on something meaningful. Something that others can share and enjoy, or something that can help others. Two years ago, it was just about time to start working on his new project and put his talent in service for good. In 2015, with his father, a cardiologist and a technology fan, Martin founded STEMI, the winner of last year’s Startup Awards in Society category.

“My father focuses on analysis of management and prognosis of patients with ST-elevation myocardial infarction, the most common and dangerous form of heart attack. He found out that during the process of saving patients suffering from heart attack, there are unnecessary time losses between the infarction and the medical intervention, which can have a very negative effect on the patients and can even lead to death.”

Martin‘s father approached his son with the idea to develop a more efficient technology that would enable a direct communication between on-site paramedics and a cardiologist in cardiocenters.

“I thought it was a pretty awesome idea with a feasible solution, so I decided to help him. We became partners, put on paper the first brief, and I approached some people from my network. After evaluating pros and cons of few offers for a native mobile app, we decided to go for local digital agency Hellephant, based in Kosice. They’ve helped us to build the Android app beta.“

Testing and development was hard, slow and their resources very limited. Martin and his father tried to pitch the idea to potential investors in Bratislava. It got their attention, but the feedback was that they were not ready yet. To even consider funding, they would have to progress with development, finish the app, and test it in the field, while at the same time build a bigger team with in-house developers. So they did.

„We put together our internal dev team, rebuilt the app completely using a different framework, secured it against potential leaks of patients‘ data and made it more ‘Uberish’. Only with ambulance cars instead of black cabs. We called the application ‘STEMI’, as an abbreviation of ST-Elevation myocardial infarction.”

Martin was doing a market research, building awareness on SM and preparing a strategy, product roadmaps and budget estimates. With the team, he again started looking for angels and VC funding options, that would enable them to expand team to outreach foreign hospitals and cardio centers, insurance companies and private emergency service providers, as potential customers of STEMI.

Eventually, Martin got in touch with investors they initially pitched to and gained an offer of 200 000 EUR. Eventually, his father decided not to take it. Conditions were not convenient. It’s hard, but sometimes one door closed means that another one can be opened. Martin took a job offer from an international agency in London and helped with managing the startup remotely from that point.

In the meantime, Martin registered STEMI for Startup Awards Slovakia 2016, they did several pitches, answered some questions and won the „Society“ category. It helped to present the idea to general public, get a lot of feedback and opened some doors, too.

“During 2016, my father and developers managed to progress with the app debugging and eliminating risks of potential crashes in the field. More importantly, they also successfully opened up a conversation with FALCK, the biggest emergency medical services provider in Slovakia. Today, we still don’t have any funding or sufficient income to fund the operation, research and expansion. But that will hopefully change one day soon.”

Remote work: A necessity or a pleasure?

In Martin’s mind, another challenge was being born during 2015. The first co-living house for teams with a fully-equipped office space. Wolfhouse.

“The first impulse came during my career while managing clients remotely. I realized that I’m much more efficient outside of a traditional office environment. During my agency & freelancing career, I’ve learned about functioning in a team and later about leading one. In London, I was responsible for on-boarding and training new team members, trying to implement strategic plans to achieve goals, specify realistic time scales and to achieve maximum team performance. That was great, but at the same time, I felt ‘caged’.”

When he realized that he already knew the most important things to start something new, he made the first step on Tenerife and opened Wolfhouse, a stunning villa with private apartments, palm garden, pool, outdoor/indoor communal areas and a fully-equipped office space.

“Idea of the Wolfhouse originated in late 2015, since I was following trends, improving the concept and looking for the right location. In October 2016 I relocated from London to Tenerife. I put together a small team, we worked hard and fast-forward at the end of February 2017, we successfully opened the Wolfhouse. All of it wouldn’t be possible without God’s help and great people and friends that helped along the way, Matus, Iria, Michal, Vlado, Kimberley, Vilém and others.”

Wolfhouse focuses mainly on companies and startups, and helps them bring their teams together in an inspiring location that sparks creativity, fosters innovation and boosts team spirit.

“At the Wolfhouse, we are providing teams with accommodation, office space, wide range of team building exercises, airport transfers, and other services — taking care of the most of the hustle. We are helping companies balance work and play, reach goals they set for team retreat, make them feel good at the Wolfhouse and ultimately plan to return. We have the first hand experience that a change of scenery has dramatically positive effects on work productivity and motivation, even long after returning home from a team retreat. ”

If you are passionate about remote work, but you don’t know how and where to start, Martin advises you to join a community and attend events like Remote Workers Camp. Wolfhouse crew is organizing this special event for individuals in September. To know more, click on Remote Workers Camp 2017.

What does Martin think you need to start to work on own business?

Have your passion
“Don’t be a SHEEP, be a WOLF. Find something you really like, make it better, make it different. Focus on a certain niche. Show it to the world and write down the feedback. Internet is offering us a never-ending world of opportunities. To start, you only need motivation and a laptop.”

Be unique
“When kids in elementary school were skiing, I wanted to snowboard. I started wakeskating and surfing when it was not very popular yet here. Later on, I switched to kitesurfing. Trying to be unique has always been my driving engine in life and in the business as well. Be original!”

Define your limits of responsibility for others
“Have patience, and accept the fact that you will not be able to make everyone happy, or that you will even make a few enemies along the way. You have to pick what to ignore in life and keep learning how to shift your focus, otherwise you will never get things done. But there’s a price for ignoring people around: You can easily become a lonely wolf.”

Find right combination & do not get discouraged
“A combination of professional work experience, accumulated skills, sometimes team members and other co-founder(s) with skills to balance yours, patience to put together a good business plan, courage to ask for feedback, do a market research and validate the idea. Be passionate enough to take the leap of faith and go all-in! Don’t be ashamed to ask for help and have people around willing to give some advice. If you do not have such people, find like-minded community with people going through the same, or build your own.”

“My advice is to trust in yourself, your judgment and do not get easily discouraged. You will get in the habit of tapping into your intuition and your passions, which will lead to more freedom. Don’t follow the flock, follow your desires and #StayWolf.“ 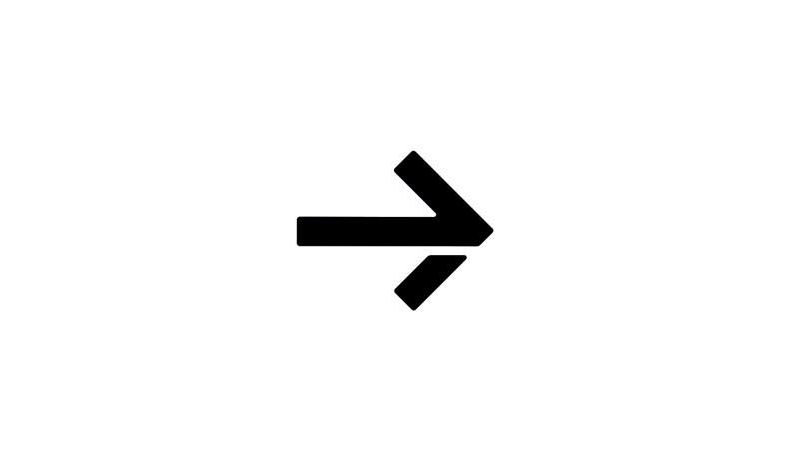 Startup Awards 2017 Open. What The Competition Brings And Why to Apply? 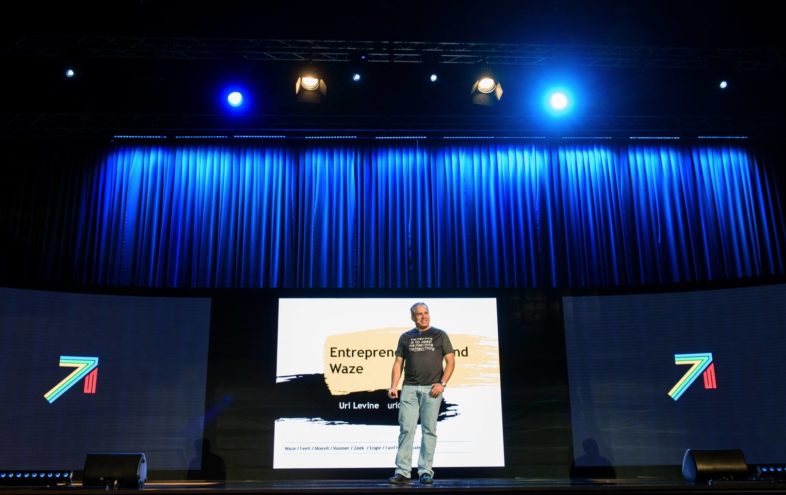 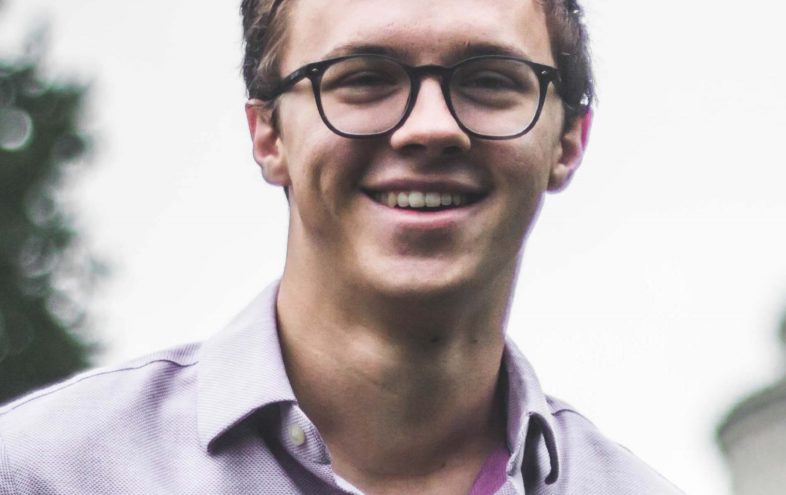 Kevin Petrovic, The Youngest Founder to Raise Over 20 Mil. USD 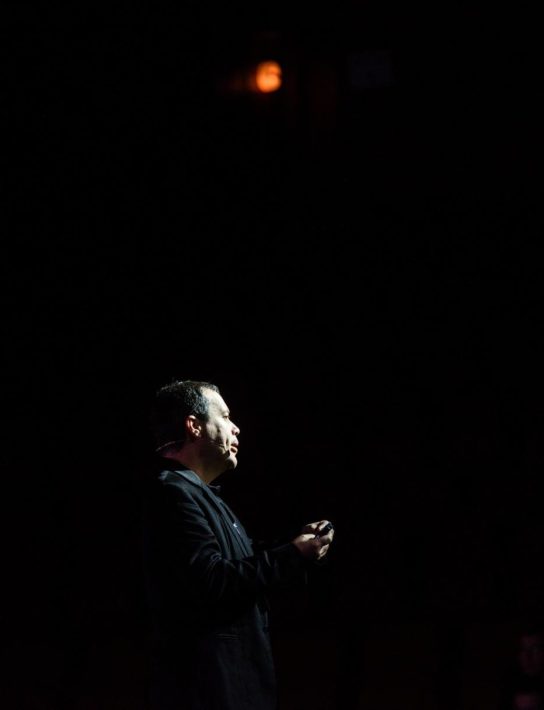 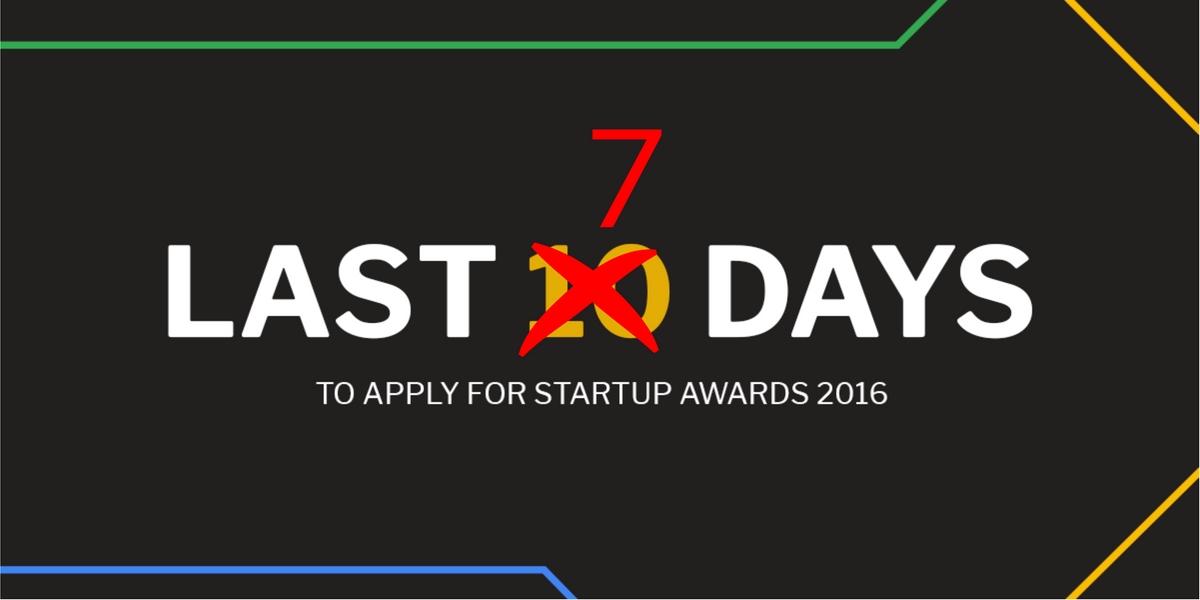 6 Reasons to Apply for STARTUP AWARDS. You Have One Week