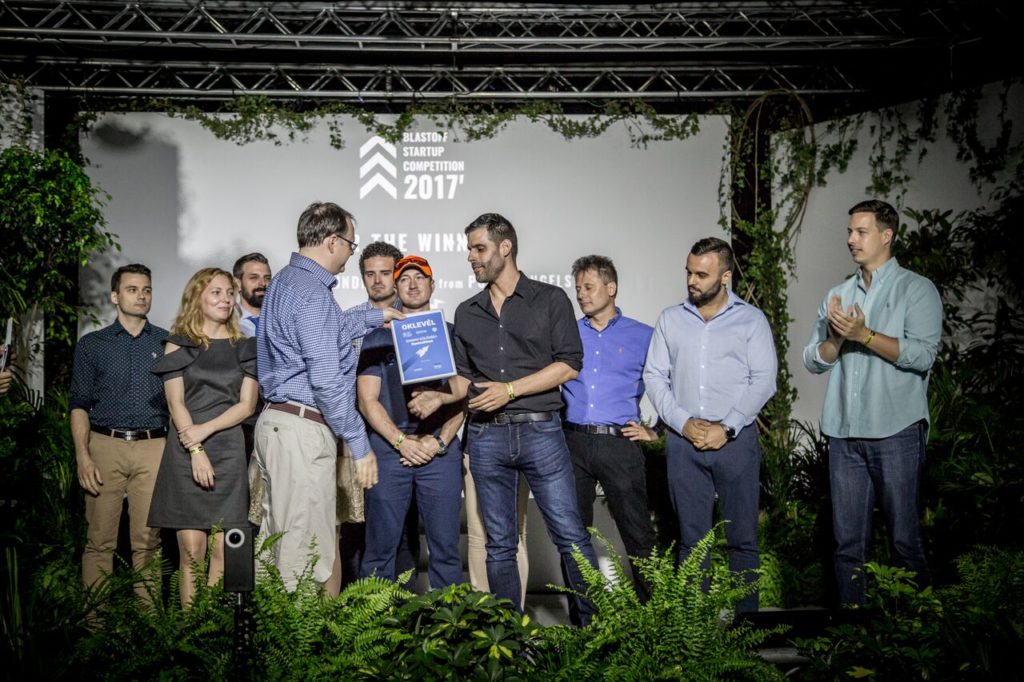 Chempass has won the jury’s main prize at the most prestigious startup competition of the Central and Eastern European region, while also won an additional special award. Out of the three additional special awards, two was given to the Hungarian Kontra Chess, which revolutionizes the game that has existed for 1,500 years, and one to the Croatian vHeart, which eases the lives of people suffering from cardiovascular diseases.

It was the third sold out day in a row at Brain Bar Budapest when the finals of Blastoff took place. On the Saturday evening the ten competitors on the shortlist got their chance to impress the jury with a three-minute pitches. Jury members from renowned investors and professionals awarded the main prize to Chempass, which got a 150,000 EUR investment offer from Power Angels, the A-Team of the regional angel investor scene, and will take part in a six-months accelerator program provided by OXO Labs.

The team also won one of the special awards: it gets 25,000 USD in Microsoft Azure credits, valid for a year. ChemPass has developed an artificial intelligence technology for virtual synthesis, novel compound design and chemistry knowledge-sharing. According to their plans the software will be publicly available this summer already. This victory of the local startup is outstanding, because more than hundred teams applied for the competition this year. Entries came not only from the countries of the CEE region, but also from India and the United Kingdom.

The startup vHeart won the special award of Impact Works, which provides a six months communication coaching service. The telemedicine platform connected with any smartphone or tablet creates a continuous communication channel between patients and their physicians and provides further recommendations to improve their therapy.