Àlex Rodríguez Bacardit: We Want to Bring Barcelona to the Champions League of Entrepreneurship 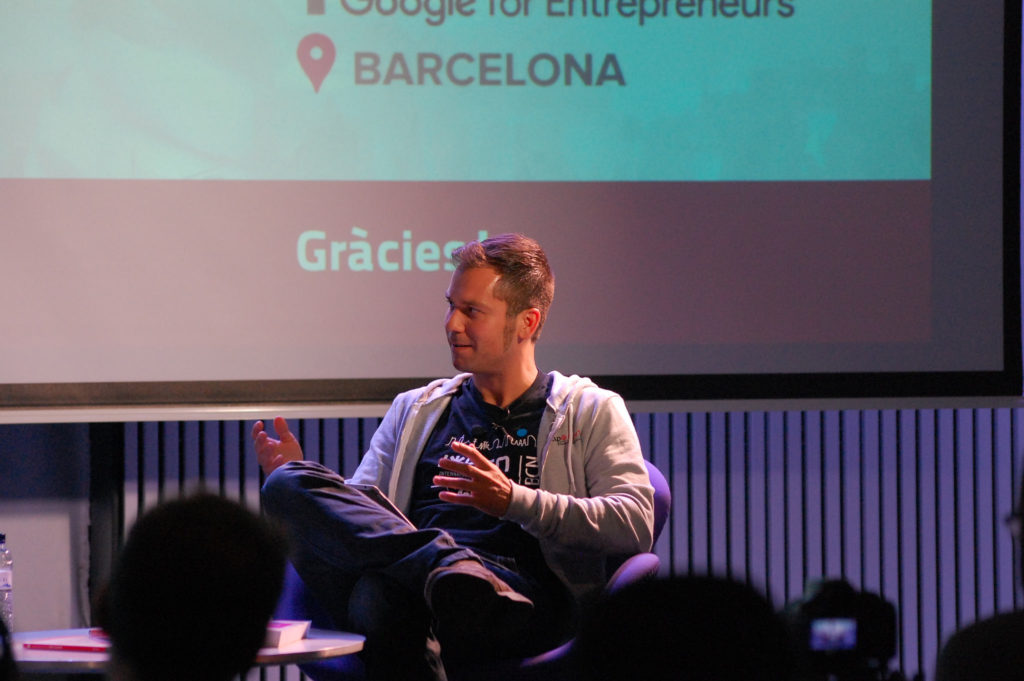 Being a regional director in the Startup Grind initiative is a role of great responsibility. You advise all the chapters, come up with new ideas, and provide support in many other areas. Acting as the Director for Southern Europe, Àlex Rodríguez Bacardit is doing a great job fulfilling his role.

Àlex, we’ve just attended the very first edition of Startup Grind Europe, and you are one of the organizers. How long did it take you to organize the event? What preceded the event itself?

The event was organized only in a short amount of time. Since Marian (Marian Gazdik – editor’s note) came up with the idea, suggested it to the HQ, they checked the venue and let us go for it, it took only three months. There were no sponsors, no speakers, nothing at the beginning. And in the end, it turned out to be a really great event.

You are the Director for Southern Europe. What is the position about? How long has it been since you started? What are the roles and responsibilities?

Our responsibilities as the regional directors are mostly to oversee and control the key metrics for each event in each chapter in our region. We´ve got 12 chapters in Southern Europe. I check regularly with them, making group calls every three months. I check the levels of attendees at their events, what difficulties they are facing, how regularly they set up the events, what they can improve in, and where I personally can add value, what I can do for them at the regional level.

For instance, I can help them with exchanging the speakers between chapters in one country or between different countries, sending sponsors into the country, making proposals to work together. It´s easier if we cooperate on a smaller scale.  If you take for example Melbourne chapter, it is not really relevant for us in Barcelona as it is quite a distance. But between Barcelona and Rome or Barcelona and Lisbon, the distance is just a 2 hours´ flight so a relevant speaker can visit both cities.

How would you comment on the impact of Startup Grind in Barcelona, particularly for the community? Can we measure the impact at all?

I think you can measure it in many ways. It depends on each city because some cities don´t have any other events, and therefore, the Startup Grind events are not competing with others. For instance, in the Northern Spain or Northern Italy chapters, they are the first and only events for entrepreneurs. The impact there is very clear – creating value for the entrepreneurs, giving them an opportunity to mingle once a month, to learn from the speakers, etcetera. In the bigger cities, it´s more complicated, because you need to compete with other events or brands. Where we can add value and bring something different are our three core values or three areas we are really doing great in. Those are inspiring, connecting, and educating entrepreneurs.

Obviously, there might be cities where educational or inspirational events take place, but we bring the connections. We not only connect people at the local level, we connect them internationally as Startup Grind is the biggest online community for entrepreneurs worldwide. A person that approaches me on my event can say they need to go to Egypt and ask for my help. I can connect them with a guy in Cairo because I know him personally, I just need to write an email. And this acquaintance of mine will help them. 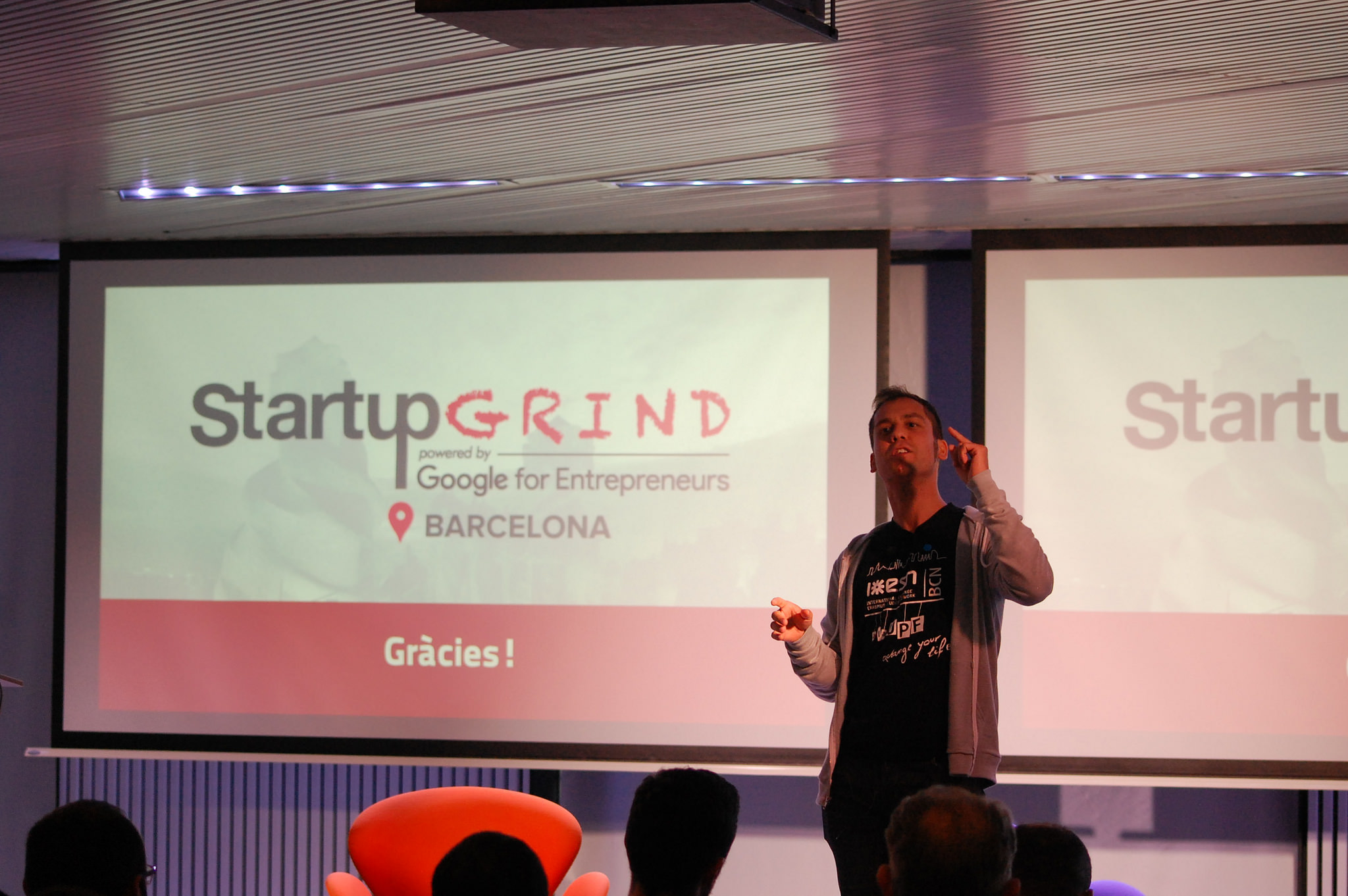 So the main impact is connecting people within hubs and bringing the community together.

In our particular case, we have also been able to create an impact by bringing communities together. In Barcelona, it was really clustered, there were 6-7 communities of entrepreneurs, but they didn´t really do things together. When we appeared, we said “We are going to be in the middle, we are not going to create a new community. You are all part of the community, we want to cooperate with everyone and bring you together.” Because when everyone is fighting their own wars, we won´t get anywhere. We know that Barcelona is not a leader in the entrepreneurial world. Therefore, we want to bring the city to the Champions League of entrepreneurship.

On average, how many people attend your events in Barcelona and what does the audience look like? Is it more established entrepreneurs, or rather students or corporates?

We´ve got an average attendance of 100 people, which, for a city of 1.7 million people, is acceptable. I think we can grow up to 150-200, but then we will struggle with the venues. Our audience is not first-time entrepreneurs. That´s pretty much the case in every other chapter. Normally, there are either freelancers or people who are in their second or third company. They only attend our events, not others, because they can´t find what we offer them anywhere else.

If we zoom out a bit, what differences do you see when you compare the startup environment in Barcelona with the one in London, which is considered to be one of the most developed startup environments in Europe? On the other hand, what is the biggest advantage Barcelona has?

Let´s start with the competitive advantage of Barcelona. We are able to capture the talent and retain it. Everybody wants to live in Barcelona. As a matter of fact, a lot of London based companies are relocating to Barcelona because nobody wants to live in London. No offense, but the weather is terrible 🙂 People are willing to get lower salaries in order to live in Barcelona. You might know the King company. In just four years, the Barcelona studio has grown into the biggest one in the company, bigger than the one in London or Stockholm, because it´s easy for them to hire and retain people in Barcelona. They hire about 11 people a week, which is insane.

The main difference when compared to London may be that there is not enough investment in Barcelona, or investors are not that risk savvy. They tend to go for copycat models. If you plan to mimic what´s working in other countries and the team´s good, you will find an investment easily. But the round will not be very big.

A good thing is that people in Barcelona are able to balance work and life much better than in London. They take more time to relax, it´s not very usual to work on the weekends. And here, in London, I have the perception that it´s widely accepted that if you are an entrepreneur, you need to work 24/7. Barcelona is good for people who want to choose. On the one hand, they want to be entrepreneurs, but on the other hand, they don´t want to burn out. So they can decide to work hard but not 24/7. I also want to be able to enjoy the perks of being an entrepreneur, which is if I want to take a day off today, I can go for it.