Private Equity and Venture Capital: Is 0100 Conference a Good Fit For You? 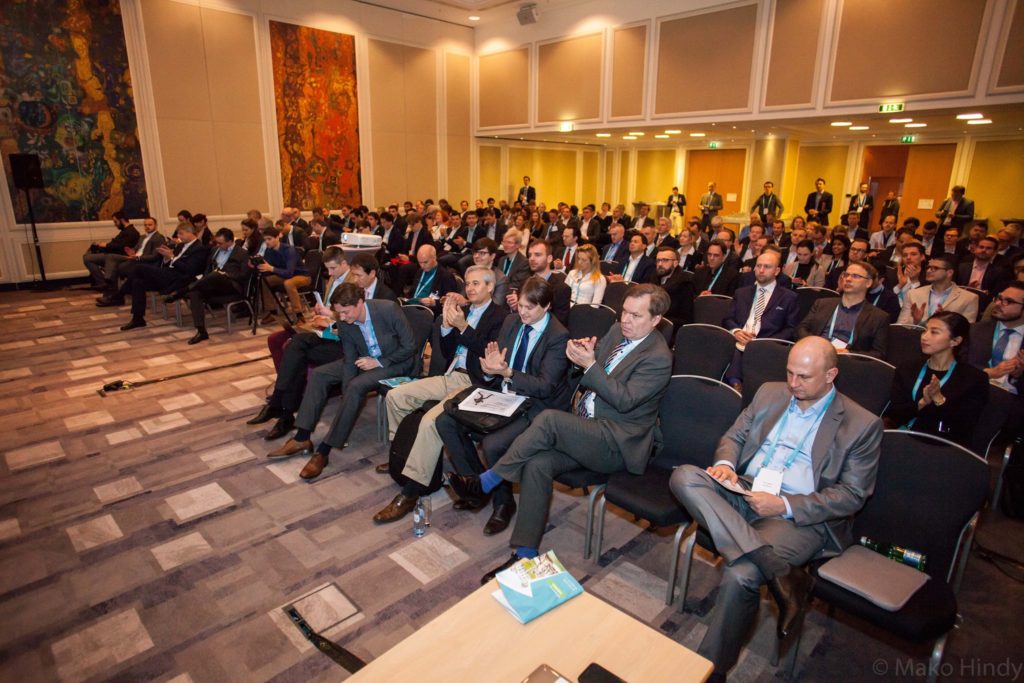 0100 Conferences Director explains how Venture Capital and Private Equity work, who are Limited and General Partners, and why they decided to organize a conference for them in Bratislava.

0100 Conferences aim to put together two groups of people – Limited and General Partners. Their set of events across Europe brings together pension funds, family offices, high net worth individuals, and, on the other side, fund managers especially from venture capital and private equity field.

The organizers connect these people either through discussion panels covering various topics such as fundraising, exits, deal sourcing, deal structure, etc., or during the networking breaks and special VIP dinners for the speakers, guests, and sponsors, organized the evening prior to the event.

We talked to Marek Zamečník, the founder of 0100 Conferences, about the goal of the 0100 Conference in Bratislava, its speakers, guests, attendees, and we also to dive into a short explanation of the most common terms in the world of investment funds. 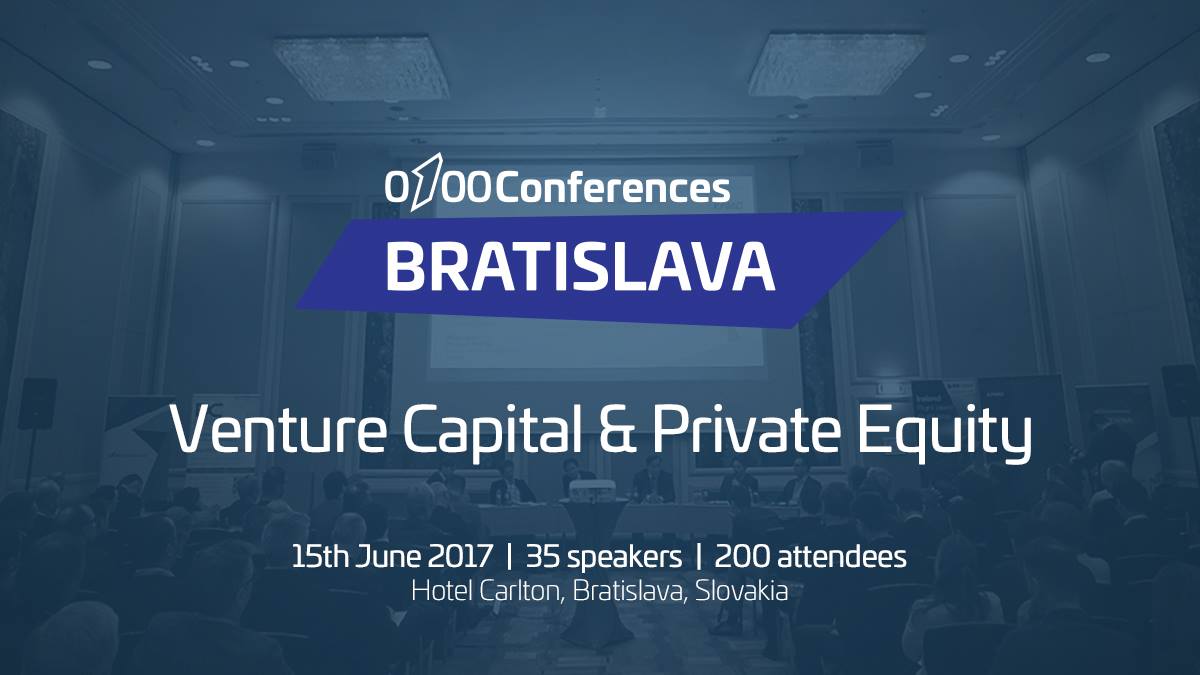 As a starter, we bring you a short overview of what Private Equity and Venture Capital mean. Even if you are from the startup environment, you do not necessarily need to be familiar with some of the common terms. Let‘s have a quick and simplified look at the most basic ones.

Private Equity (PE) funds invest in private companies only, excluding publicly listed companies for example on the stock market. At the same time, the company that gets the investments gives away part of its equity. Some of these private companies need to source financing of their business opportunities, which can be done either through a loan or an investment. Many times banks do not allow loans, therefore PE is an alternative source of capital for a private company to grow.

„PE funds invest in businesses that are established and have working business models. Investors know what kind of company they are investing in, and they know what to expect,“ says Marek. The focus is on transformation of a company. The funds usually go into the companies that are not performing very well but have the potential to perform better. They invest, fix the company and then exit it with higher value.

„Venture Capital (VC) funds use the same mechanism, however they aim at much riskier businesses. Even though they also invest in private companies, the scope is mostly limited to very early stages in the tech industry with a high potential for fast growth,“ explains Marek. The funds go in very cheap with low value and hope to sell at 50x of the current value. Though, the risk is much higher as the companies are innovative and not established in the market yet, and they tend to fail much more often.

General Partners (GP) are people who manage PE and VC funds which are syndicates of other investors. GP usually does not manage his own money in the fund but money of larger investors called Limited Partners (LP). It could include family offices which are people managing the capital of rich families, pension funds, high net worth individuals, or business angels. They of course could invest on their own but, usually, they do not have the expertise and time. That‘s the reason why they rather invest through PE and VC funds.

The downside of VC and PE investments compared to stock markets is the liquidity. The investment period is usually 10+ years and money can be cashed out only after that time whereas stock market is very liquid, you can buy and sell in a single day.

Is Bratislava ready for LP/GP conference?

Reading about the private equity and venture capital hereinbefore, one might come up with a question if there is a market potential in Slovakia for a conference aimed at General and Limited partners.

„First of all, Slovakia is our home market. Even though it is a small market, we want these kinds of events also here as we believe that investments in private equity and venture capital will grow. We also want to use this conference as an educational platform for GPs or people who want to fundraise and connect them with potential LPs. Because these LPs most of the time don‘t even know that they are LPs,“ explains Marek.

There are similar events organized in Frankfurt, Berlin, or London, in Europe’s financial hubs, on a big scale. 0100 Conferences decided to look into more underserved markets where investors exist but are not well identified and do not know about each other.

„The opportunity was to enter the small markets where these investors are present on a smaller scale than in London and give them a platform to meet and network to get to know each other better. That’s also the case of Slovakia – investors are here, the community is here, and they need to have structured talks and annual discussions about what is happening in this world.“

In the LP/GP world, a lot of transactions are taking place. When a GP invests in a company, there is a transaction. Ten years later, when they need to exit the company via IPO (Initial Public Offering) or M&A (Mergers&Acquisiton), there is another transaction. A new transaction occurs when LPs invest in a fund.

These transactions are facilitated by so-called service providers. To give some examples, it could be consulting companies, law firms or tax and accounting services providers. „This kind of companies represent our target audience. We invite them to attend the event to meet LPs, GPs, senior managers, and different engaging people from the private equity and venture capital industry. It creates an opportunity for them to open new deals and discuss the latest trends,“ continues Marek.

Who will you meet at the conference?

The morning part of the 0100 Conference Bratislava will be more focused on VC, whereas afternoon will belong to PE. Two streams of panel discussions focused on more specific topics such as „Exits in Central Europe: Are we seeing any good exits? Is it too early? What are the exit routes?“, „Fundraising: Are LPs willing to invest? Do they see it as an attractive asset class? If not, why not?“, or „Deal Sourcing: Do we see good deals being closed? If yes, which are the good ones? If not, why not?“ will take place. Altogether you‘ll get a chance to attend 8 discussion panels with 30 speakers coming from various countries.

The keynote speaker is a Slovak investor, Martin Rajčan, who was the director of one of the largest and most successful private equity funds in the world called KKR. „Currently he invests more on his own but he also founded the Tenet Global Ventures. It will be a nice opportunity for him to get introduced to the community,“ Marek points out.

„I am also pretty happy that we got Patric Gresko, the Head of Division – Innovation and Technology Investments at European Investment Fund on board. They are the major LP, almost a public LP. They are sponsored by European Investment Bank, and their main mandate is to invest in smaller venture capital funds in order to boost the economy and to push private capital into the market,“ Marek concludes.

To mention some other name, we can‘t forget Dan Lupu from Earlybird, one of the oldest VC funds from Germany. They just celebrated the 20th anniversary, and a few years ago opened Eastern European Digital Fund which is headquartered in Istanbul but reaching also to Slovakia. So they might be investing in this region in the future.

On the evening prior to the conference, a VIP dinner will be held for speakers and sponsors. It is an informal part of the event where the guests can get an exclusive chance to network and get to know each other before the conference.

If you think the 0100 Conference Bratislava is a fit for you and your business, don‘t miss the opportunity to be there. Even though the super early bird tickets are sold, you still can buy the early bird ones until the end of May with our special 10% discount. For the tickets, visit the site, and use the promo code SVKSTARTUP_15xBA.