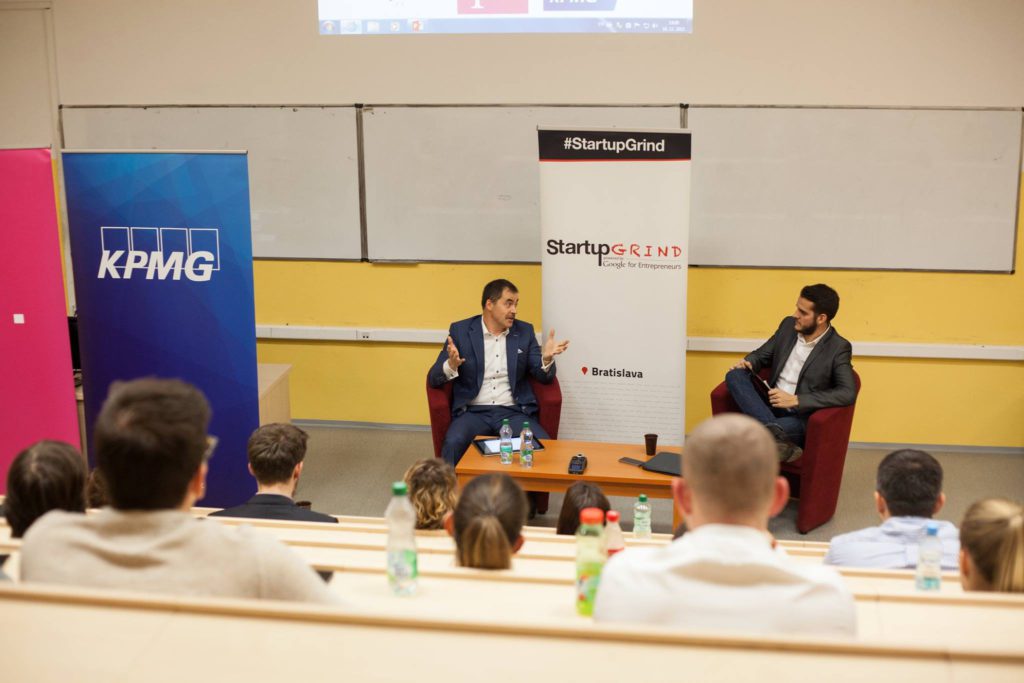 Community is what motivates entrepreneurs to go forward, inspires them when they are out of ideas; community is the driving force behind many great innovations; community gives support and helps when they are lost.  And probably no one knows the real meaning of the word “community” better than people behind the Startup Grind, one of the biggest, most international, and most helpful initiatives for young entrepreneurs from all over the world.

Startup Grind on the global level

Derek Andersen, a bald smiley guy looking from the picture on Startup Grind’s page, used to work for Electronic Arts, founded OutGawk Media or “incubated many products, most of which failed” with his Vaporware Labs. Working on many projects, he probably realized the importance of a community, which later led him together with Spencer Nielsen to first Startup Grind event in Andersen’s office in 2010.

Since then, the community has been boosted to amazing numbers. There are 400,000 founders as a part of the Startup Grind’s community creating an unbeatable network for all the determined entrepreneurs from all over the world. More than 200 cities in 85 countries organize the Startup Grind’s fireside chats with local founders, innovators, educators, successful entrepreneurs, and other significant players from the region.

Reid Hoffman (LinkedIn), Eric Schimdt (Alphabet), Ben Silbermann (Pinterest), Gary Vaynerchuk, Marc Andreessen (Andreessen&Horowitz) are just a few of the famous names that accepted the invitation for a fireside talk on one of the events. 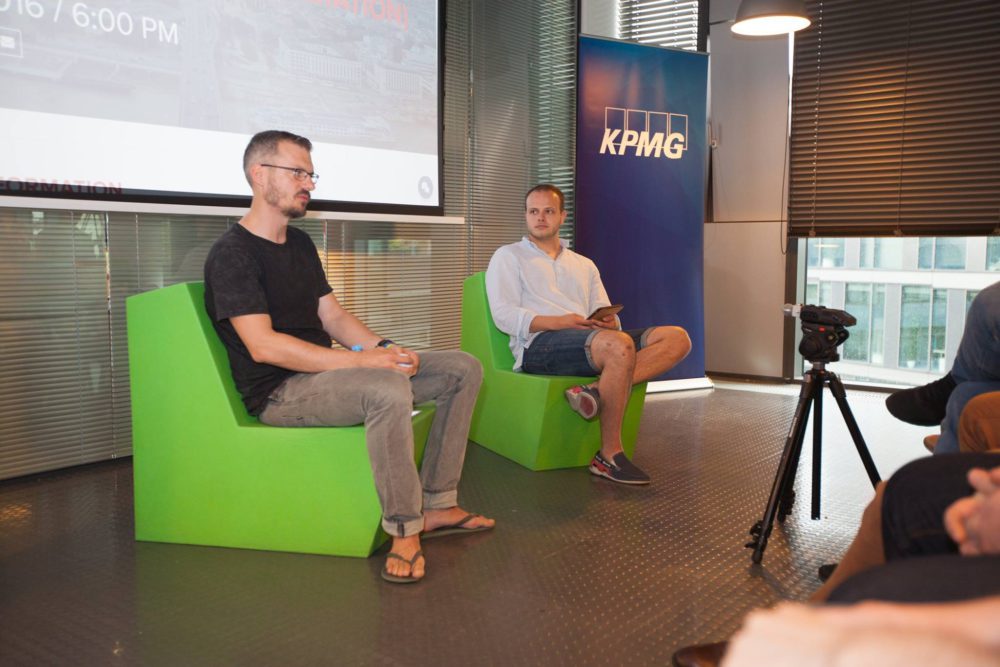 Chatting about failures, successess and experience might be very comfortable and nice to listen to, but the real value of Startup Grind’s initiative is taking the action. The global network can support entrepreneurs from wherever they come to start or expand their business to other destinations; many founders looked for investments through the network, successfully; mentoring and knowledge-sharing are other crucial aspects.

“To date, Startup Grind has helped millions of entrepreneurs find mentorship, connect to partners and hires, pursue funding, and reach new users,” states the website. “We believe in making friends, not contacts.We believe in giving, not taking.We believe in helping others before helping yourself.”

Powered by Google For Entrepreneurs, the whole community is divided into so-called chapters with respective directors and teams. Search for your chapter on the list or try to start your own with a registration (follow the link). 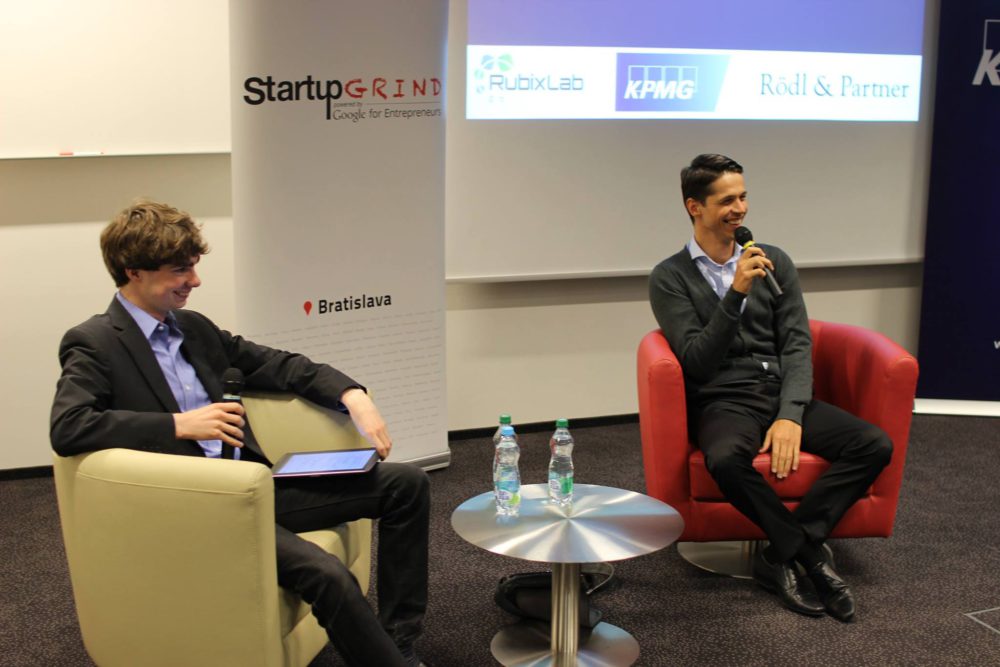 By the beginning of summer 2016, the first European Startup Grind conference took place in London, organized by Slovak born Marian Gazdik. He is the Managing Director of Startup Grind Europe overseeing all the Startup Grinds chapters led by European directors and covering the area of London.

Top-notch guests, inspiring startups, engaging stories and the chance to approach any of the speakers, exchange ideas or receive valuable feedback, were the best sales points for 750 attendees. The speakers? From the whole 28-people list, Eric Schmidt (Alphabet), Dave McClure (500 Startups) or Frederic Mazzella (BlaBlaCar) are the first that come to mind.

If you want to know more about the event and its organization, as well as Startup Grind itself, read our previous interview with Marian Gazdik or Àlex Rodríguez Bacardit, the Director for Southern Europe. The next year’s conference is already on a schedule for June 2017. 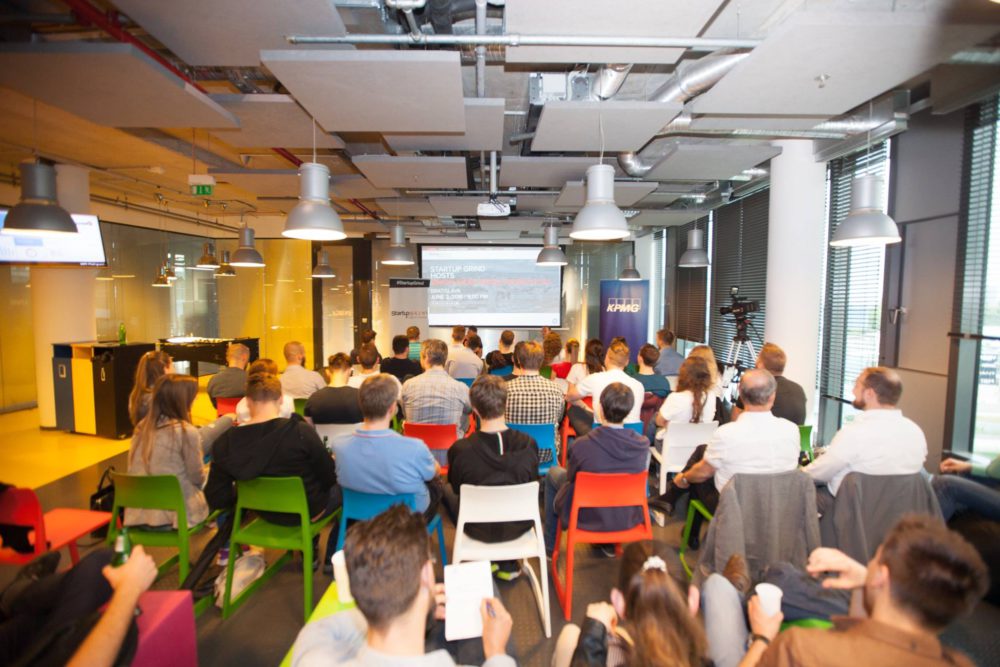 Slovakia caught up on the global Startup Grind with its first Bratislava event in August 2015 and Rasto Kulich from Google Slovakia as the first guest. The feedback was great and guys behind the event grabbed the opportunity to carry on. Thanks mainly to the strong support of KPMG and its Startup Studio, Startup Grind Bratislava has helped building and strengthening the Slovak entrepreneur and startup community.

The next one will take place on September 21st with Michal Mesko, the co-founder and CEO of Martinus. 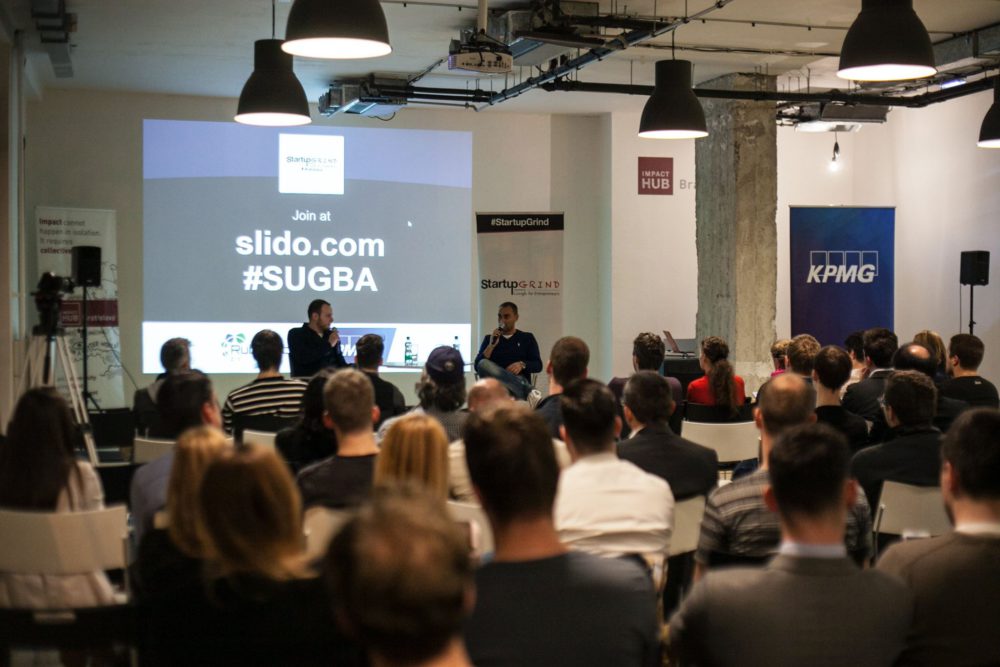 What does the Bratislava Startup Grind look like in numbers? Around 60 attendees took part on each event getting together a community of more than 400 tech enthusiasts in total with the last Facebook posts reaching more than 1500 people. There have been 16 hours of networking and helping opportunities.

You can look forward to many other fireside chats with successful local entrepreneurs and investors that are about to come in the future with the goal to expand the community. The aim is to make Startup Grind Bratislava more international by inviting Slovak born entrepreneurs now living abroad as they did with Paul Jozefak.

Have you attended a Startup Grind event? What were your impressions? Leave us your comments on social media.